Hawaii Food; The Good, The Bad, and The Ugly

Spent a few weeks in Hawaii over the holidays, and since Honolulu is a more popular destination for Japanese than many quality places within Japan, I feel it is worthwhile to talk about the food. Most of these shops are featured heavily in Japanese guidebooks, and the lines to get in were often half Japanese.

Acai bowls are always good. Most decent coffee shops have them on the menu. I don't really know what acai is, besides a current health food trend. Ten bucks seems spendy for something that mimicks a bowl of yogurt, but whatever. I spent a lot of time at Island Vintage Coffee and Honolulu Coffee. Both were great. 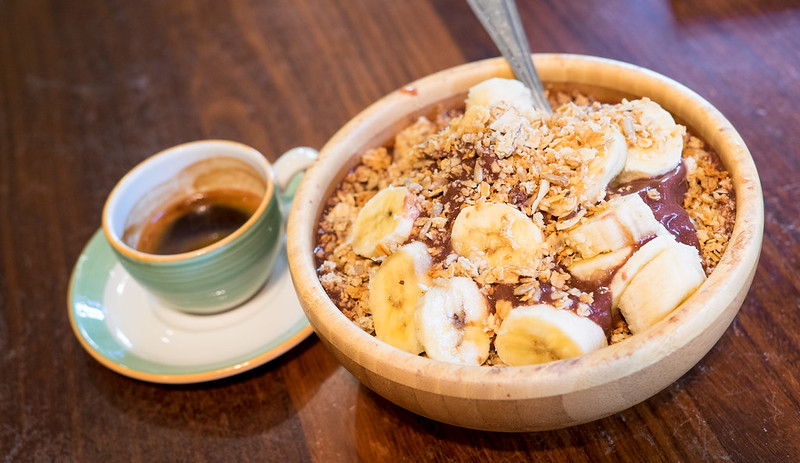 Oh, and this happened: 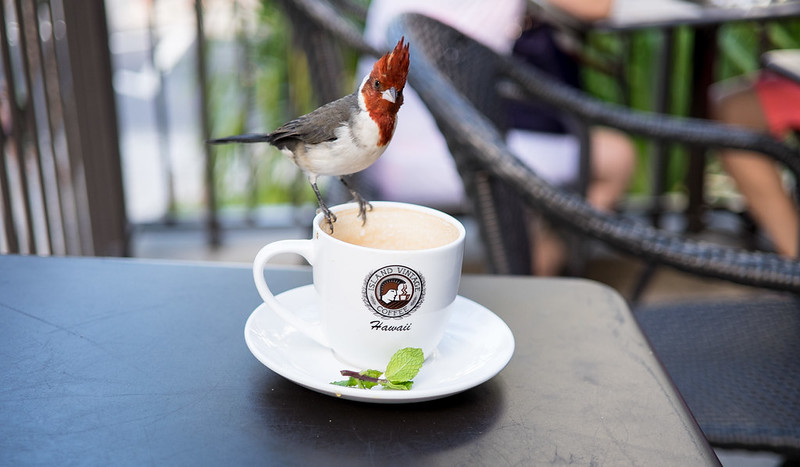 Another thing that was pretty much universally good were the burgers. But my favorite by far were at the Diamond Head Market and Grill. 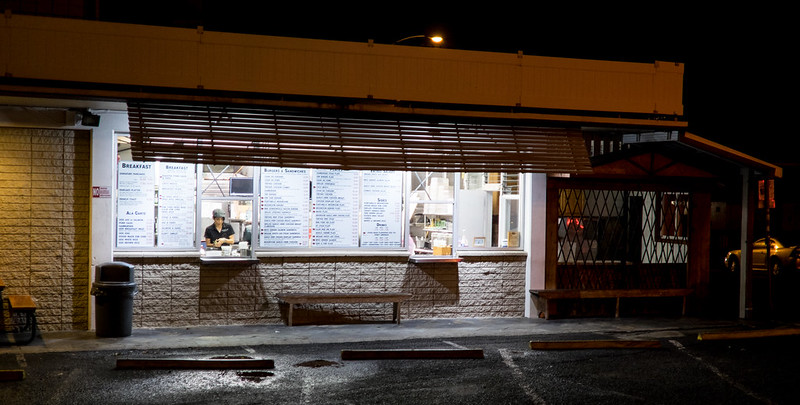 The mushroom burger has a portobello mushroom that is bigger than the bun. Solid. 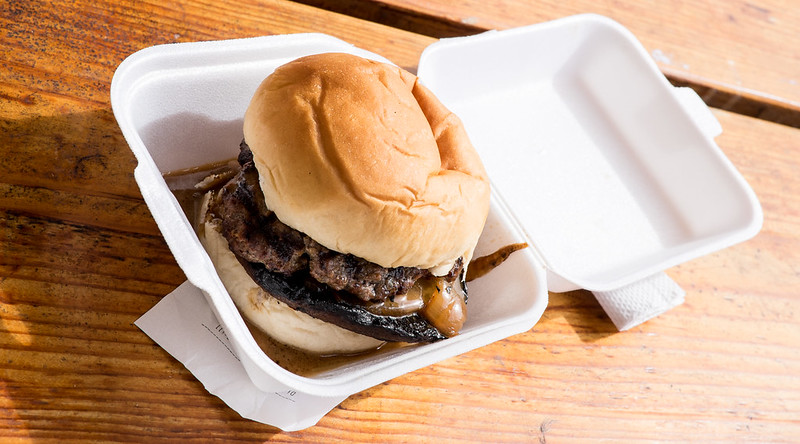 The BBQ burger is legit as well. 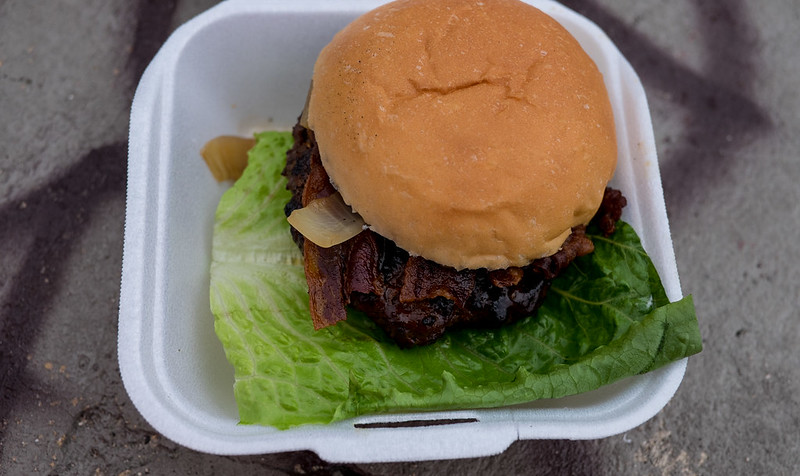 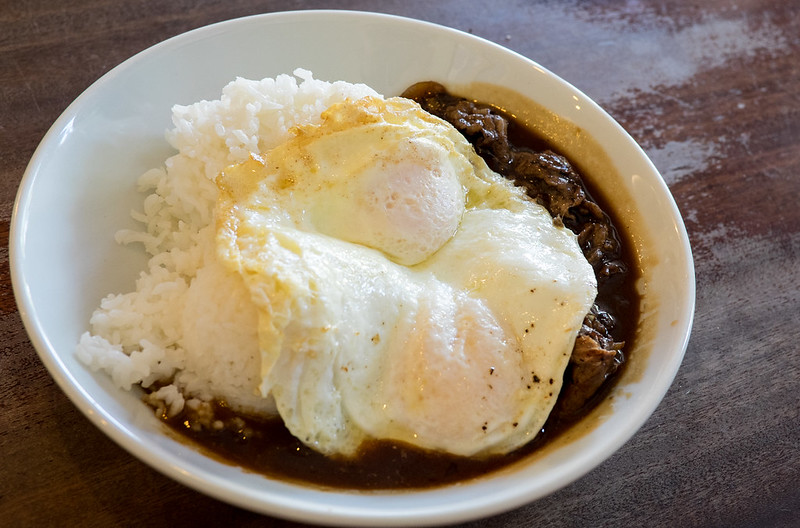 Bogarts replaced the typical burger with red wine stewed oxtail. Nice breakfast son! Their pancakes are popular with people who want their pancakes to look like this. 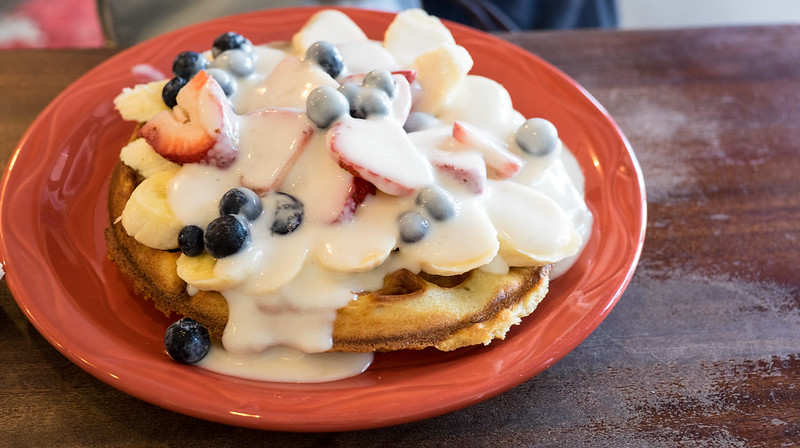 I'm not really a pancake guy, but the stack at Yogur Story was mad good. The purple is from purple potatoes and taro. Not too sweet, and everyone who sees this photo will be all WTF?!?! 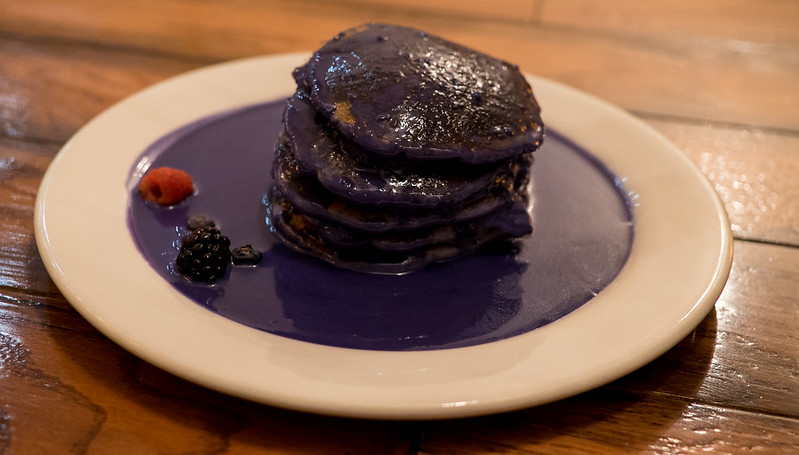 Moena Cafe has another nice locomoco. They are opening in Japan sometime in 2015. Enjoy. Get it with their fried rice, though I could never stomach something like this before noon. 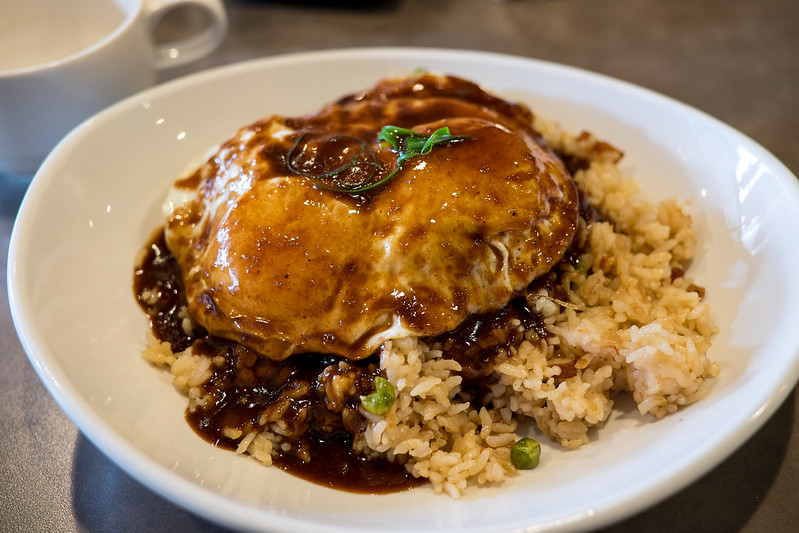 A friend recommended Boots & Kimo's on the Kailua side of the island. Many people said that you should expect a two hour wait for a table. Luckily we only had to wait about 15. I'd say it is definitely worth it for a 15 minute wait, but anything more than that would be a waste of your time.

The mac nut pancakes taste nice, though I couldn't eat more than a couple bites of the sweetness-saturated stack. 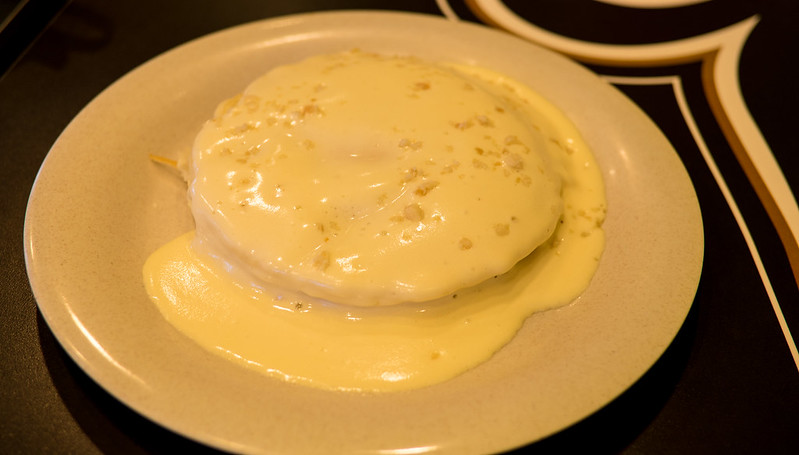 Side Street Inn was also recommended, but I couldn't fit it in. What's this? Rouge has a collaboration beer with them? 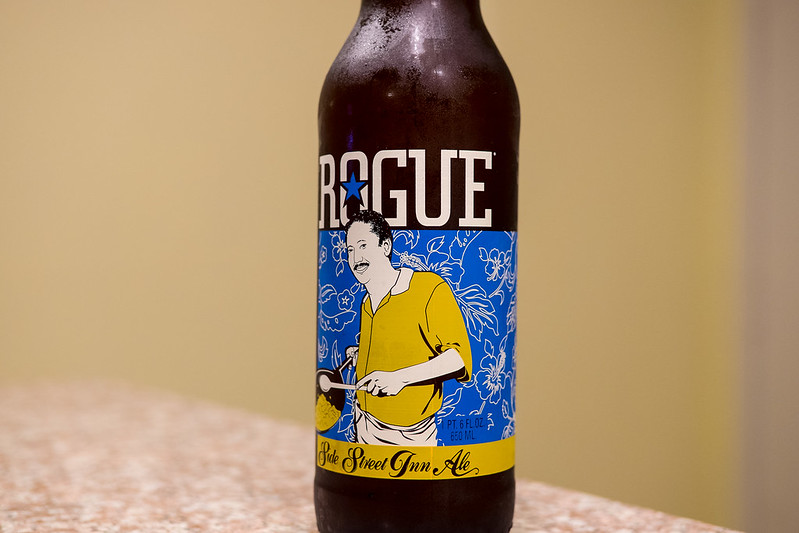 It was certainly a tasty brew, very oaty. I want one now. 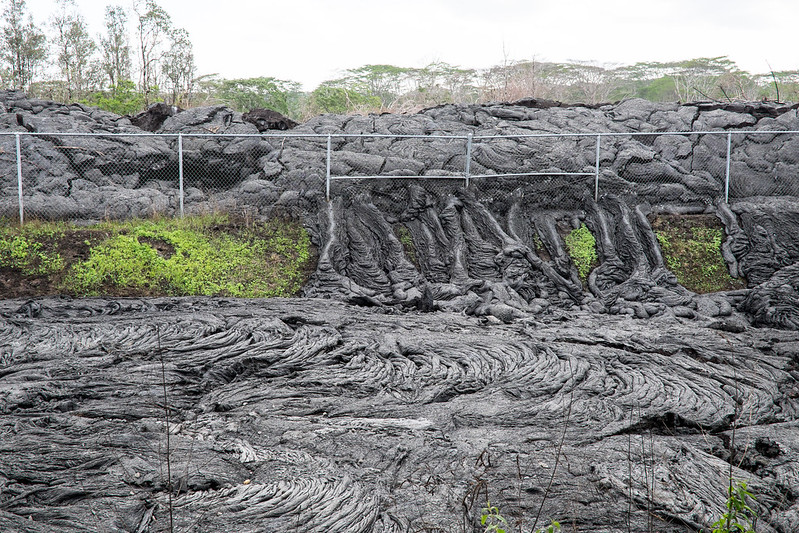 What about your traditional Hawaiian fare? That plate lunch you've heard so much about. Actually, the only one that did it for me was at the Volcano House on the Big Island. 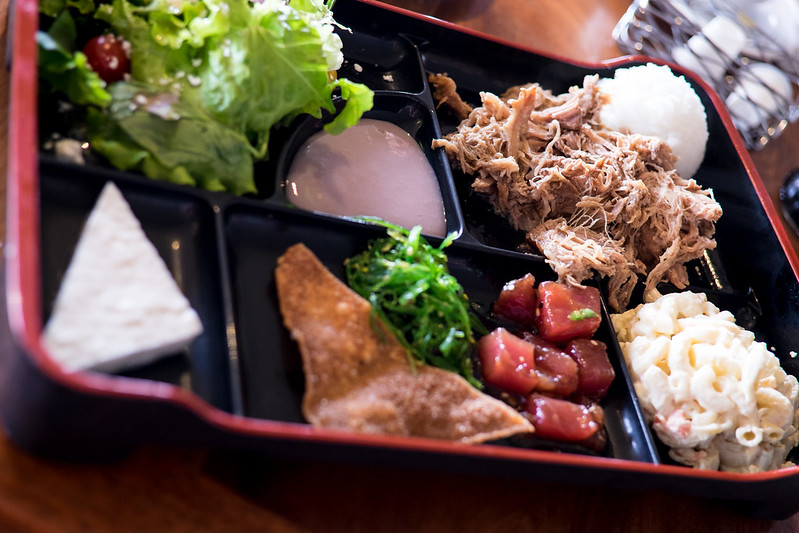 Green's and Vines serves up raw vegan food in Honolulu. Their presence at the KCC farmer's market convinced us to try the restaurant. Not just good, great. You can get a lunch course, with wine pairing, that was better than any quote unquote gourmet place I tried on the island.

You know I crushed some ramen. Agu Ramen Bistro was great! Kind of a Kumamoto style, everything about this bowl was Japanese. A quality slurp. Thanks for the recommendation Keizo.

And now the bad. 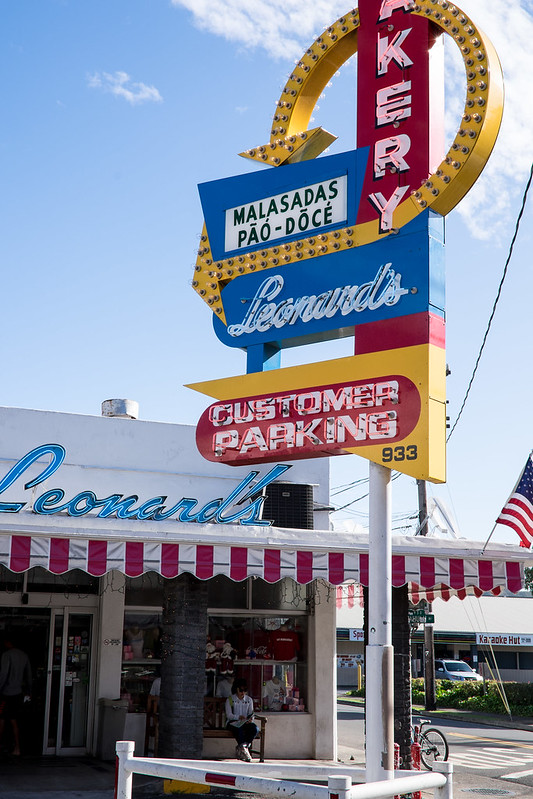 Leonard's malasadas are mega famous. I don't eat sweets, and when I do I feel like crap. This sugared doughnut made me feel like I just became a diabetic. I can see the appeal though. Fat people rejoice.

If you like Krispy Kreme, you will come here and be happy. 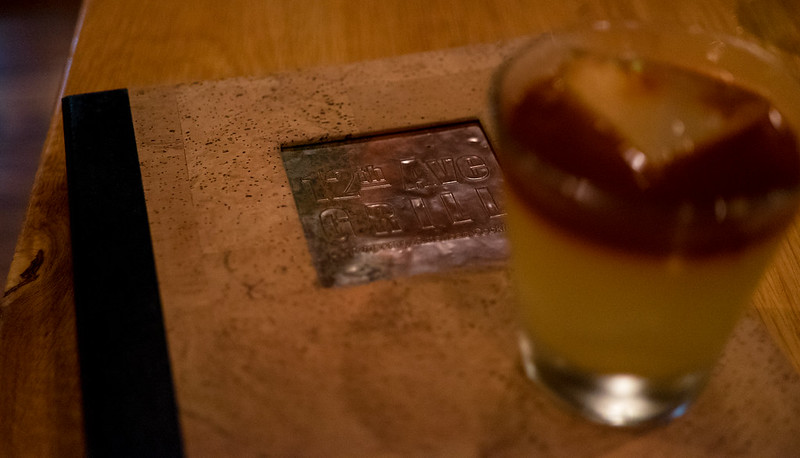 12th Ave Grill wins all kinds of awards, and on paper it looks absolutely amazing. But . . . 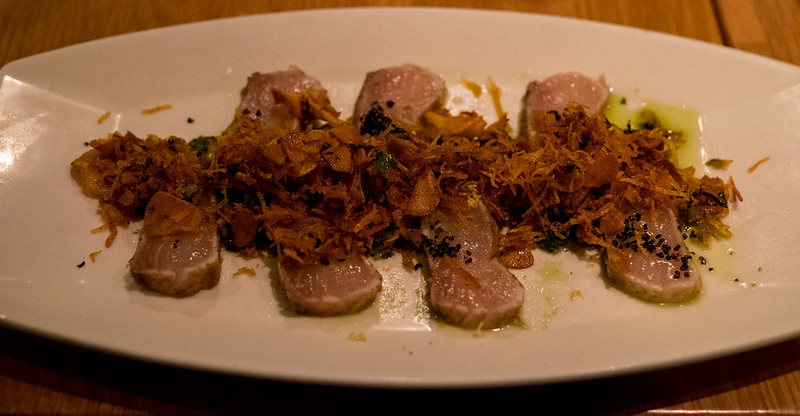 The kampachi crudo was so salty that I couldn't get anyone to take more than a bite. The smoke ahi bruschetta tasted like it came from a can. The vanilla and orange braised beef cheeks tasted like something I got at a neighborhood locomoco joint.

The cocktail list also looks amazing on paper, but was hella weak. They do a house-aged Manhattan style drink that is such a great idea. Mix a cocktail and age it for a month in your own oak barrel. But then they throw in some Chartreuse liquor that ruined any subtle flavors that might have been.

All this for only a hundred bucks or so a person. 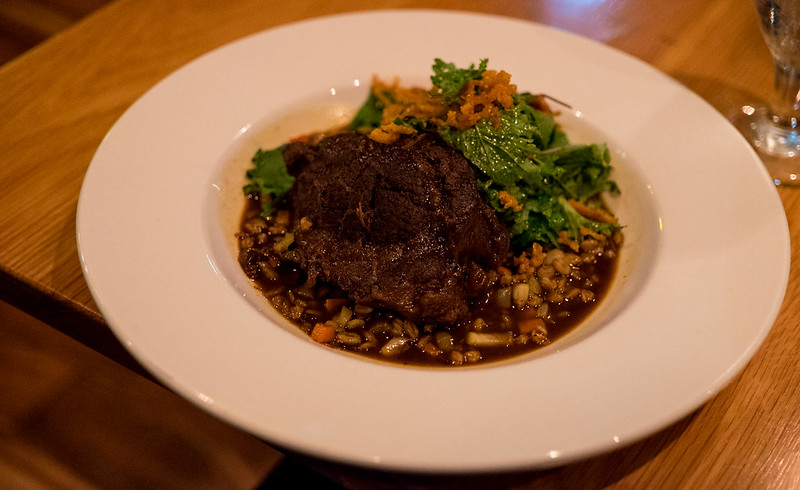 Roy's. Yup, you have probably been, or are planning to go. Roy's is one of those gourmet spots that, because it is everyone's safe bet for fine dining, spreads like word-of-mouth wildfire. I kind of had opinions going in, and listening to people sing Roy's praise reminded me of the Zagat Guide commentary sketch on SNL. Remember that one? 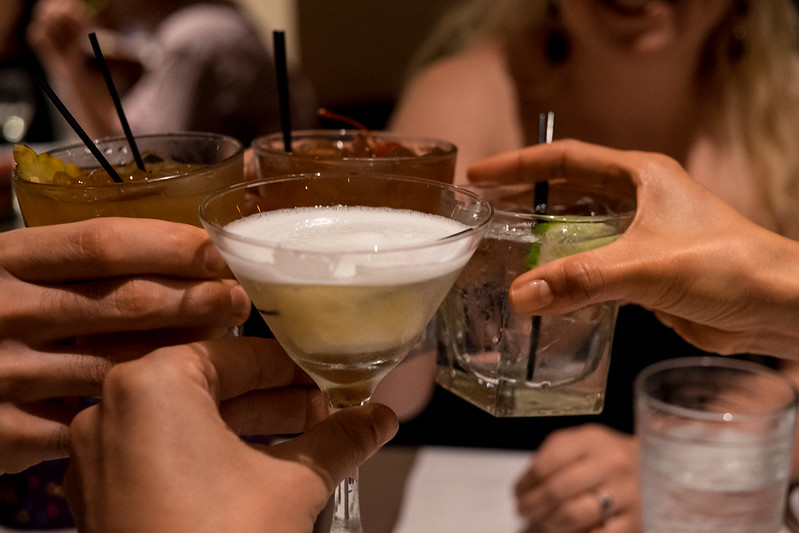 But I held my tongue. My friend's were super psyched about going here, and it was their birthdays, and I made a rule not to be snooty about food unless I'm around food critics. 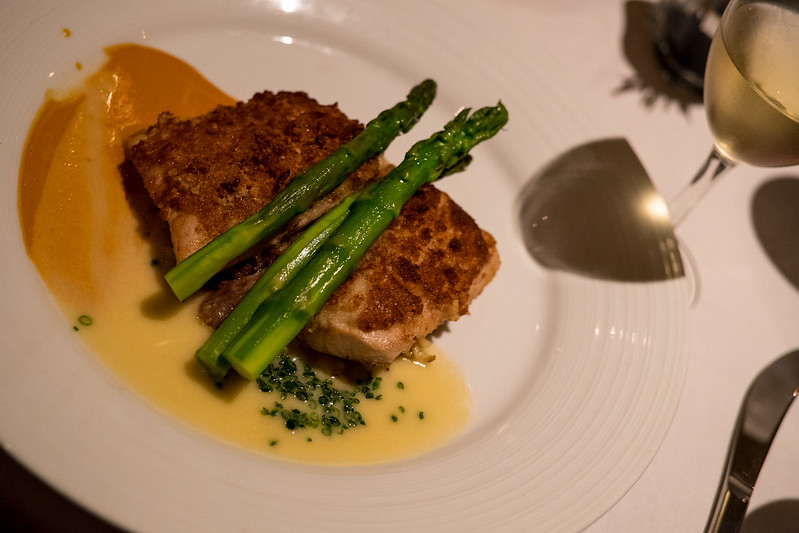 Why yes, I'll take the wine pairing with my course.

The food wasn't bad, not at all. It was all normal and tasty. Nothing memorable, though. Like I said, a safe bet. An overpriced safe bet if you are keeping track of your dollars. 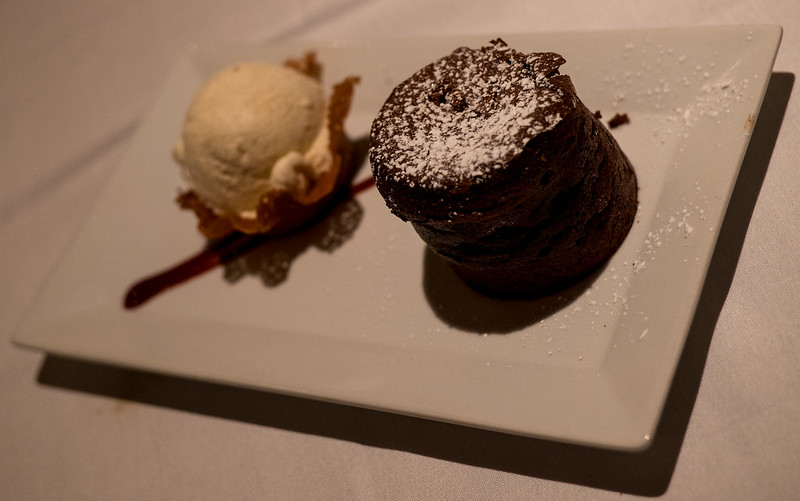 I'd put it in the same camp as The Cheesecake Factory. 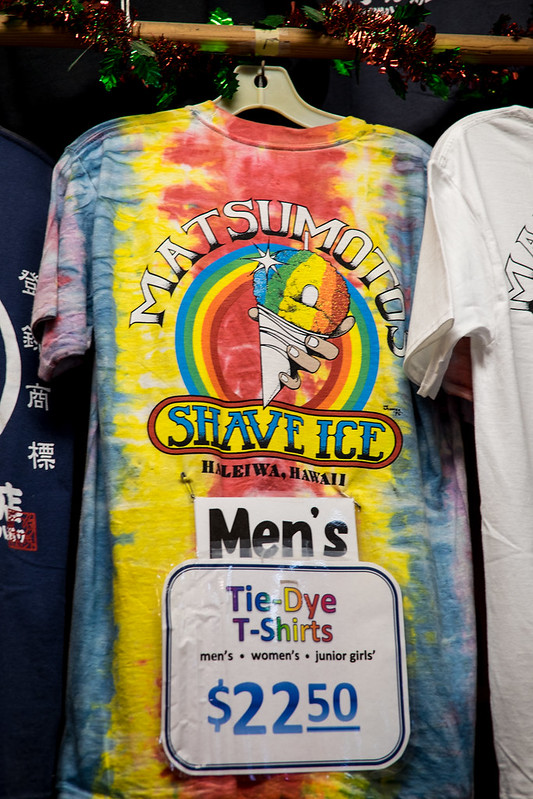 American shaved ice is super weak compared to Japanese shaved ice. Even when made by a Japanese guy. But it is only $2.50, so you might as well grab one. 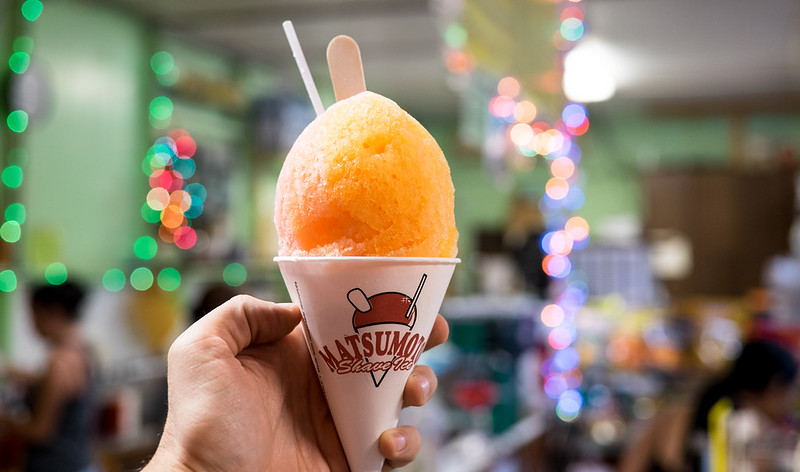 Ono Hawaiian Foods has a perpetual line to try their traditional plate meal.

But it wasn't really worth it for me. 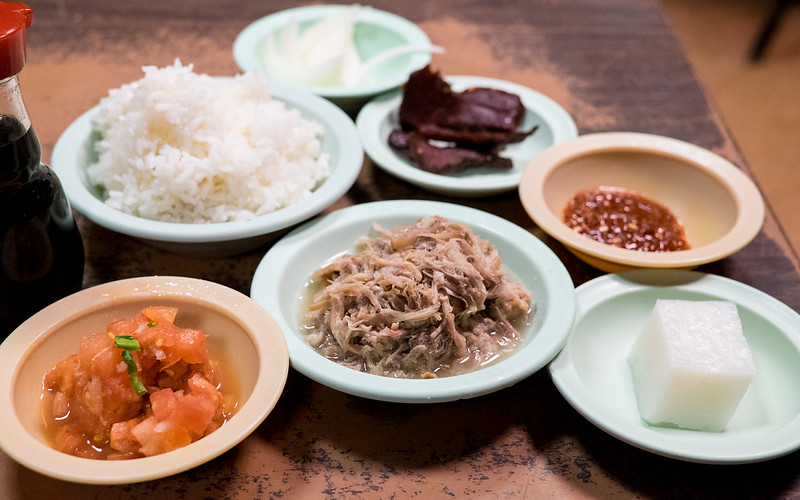 Lucky Belly was some of the worst ramen I've had in years. Not even at the meh level, this bowl was a hot mess of junk. Located in the hipster gentrified section of China town, I was the only dude without facial hair. The ramen is served in comically large bowls, which does nothing for the flavor except prevent you from enjoying it. Which is a moot point because the soup and noodles were garbage.

The shop has amazing design, and the sake list was impressive, but that ramen . . . bleh!

And the crazy, uneaten, ugly side of Hawaiian food. 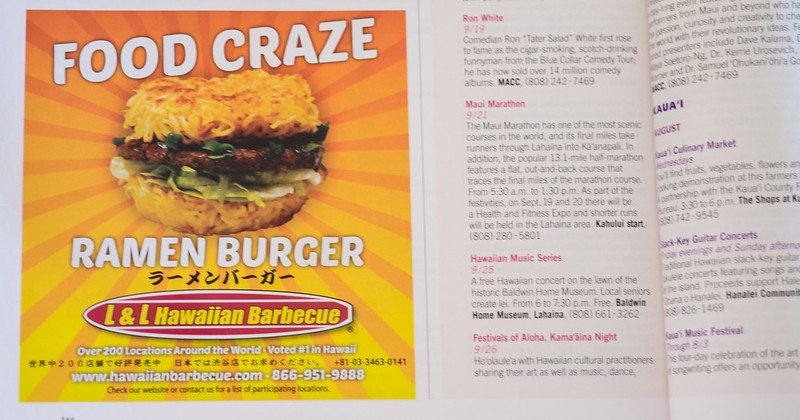 They stole this idea and marketed it as if it was their own. Internet searches reveal potential pending lawsuits. Whatever your opinion on the Ramen Burger is, you shouldn't eat this one. 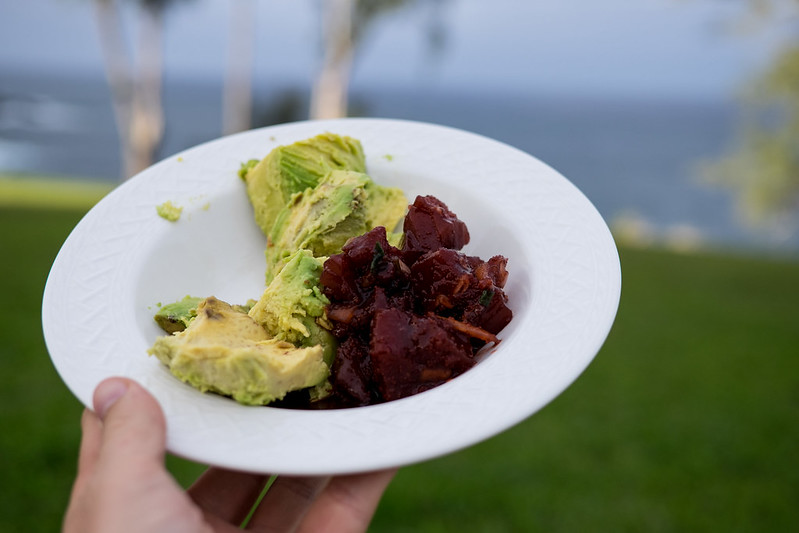 But in the end, probably the best thing I ate this trip was some avocado, fresh off the tree, and a large helping of mango-habanero poke from Suisan fish market.