One of Japan's 3 major holiday weeks is called Golden Week. It is a collection of national holidays; Constitution Day, Greenery Day, and Showa Day. It's called Golden Week because everyone spends their cash and businesses make hella money. I think. 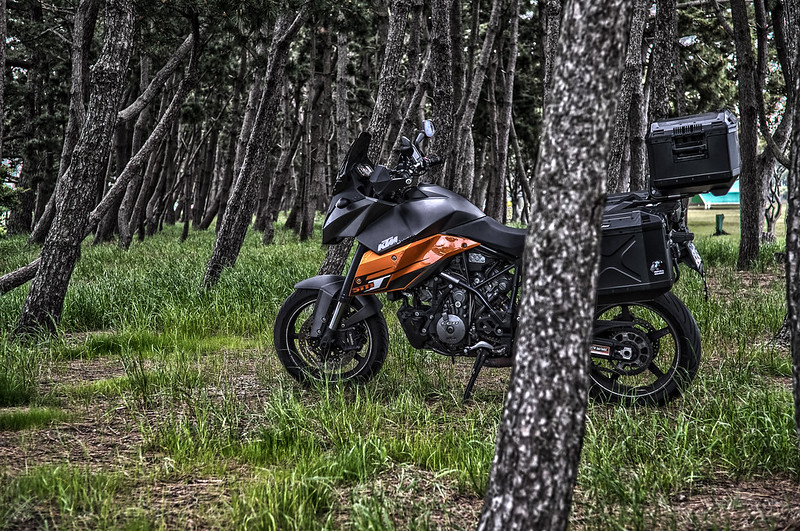 This is the time in Japan when weather is fantastic. Sometime in April and May, you actually get nice days, cool evenings, and no rain. Smack between the shitty cold winter and the months of humid rain. Yay, Japan. This strange phenomenon lasts about 2 weeks. 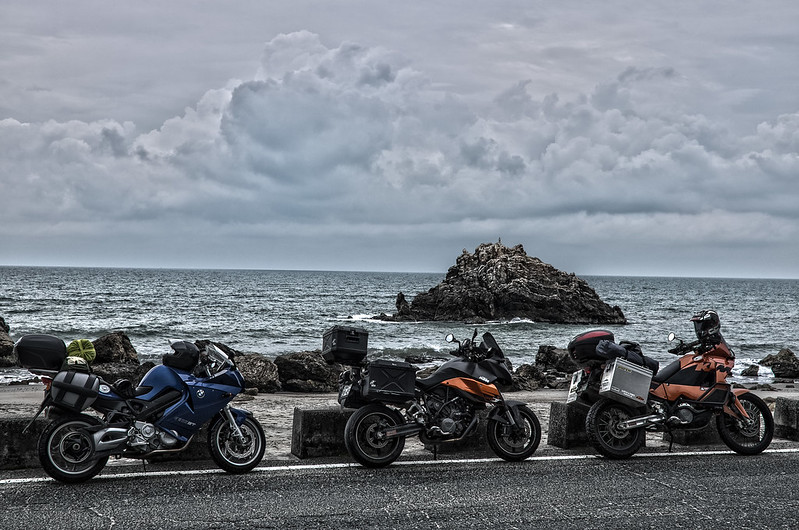 This means that it is the best time for motorcycle touring. You know who else has this idea, to travel around the country? Everyone. Therein lies the problem. Mad traffic.

I had work in Shikoku, 3 days of it, right in the middle of the holidays. While Japan's 4th island is almost 700km from Tokyo, it is easily reached in a few days of coastal roads and ferries. Sounds like a plan! 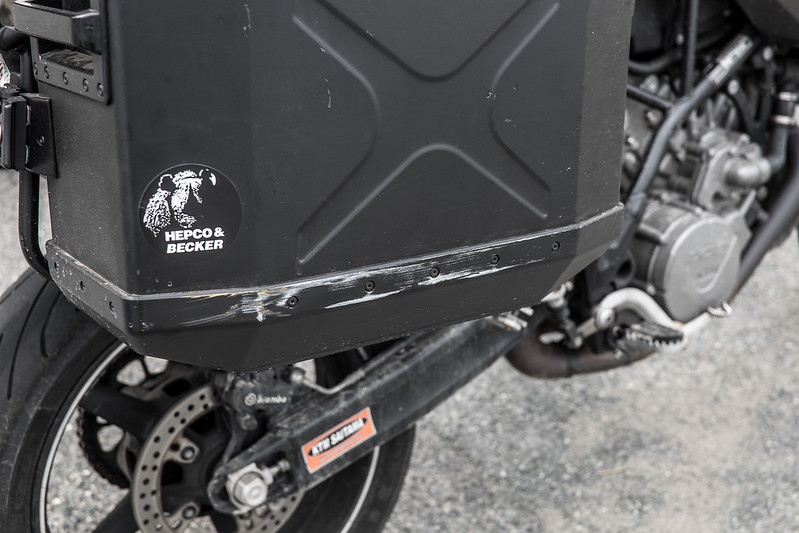 Follow the coast, hop some ferries, and camp in open fields. 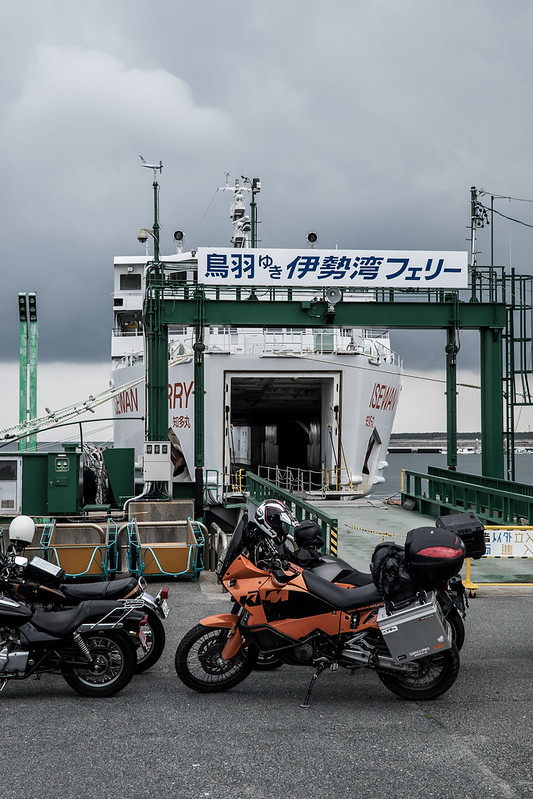 This is a fantastic route. The Touring Mapple (a kind of Japanese bike-specific map book) highlights almost all the roads along this route in a dark purple. Dark purple means they are legit. For those keeping track, take the highway 200km to Hamamatsu, then follow the coast the rest of the way. 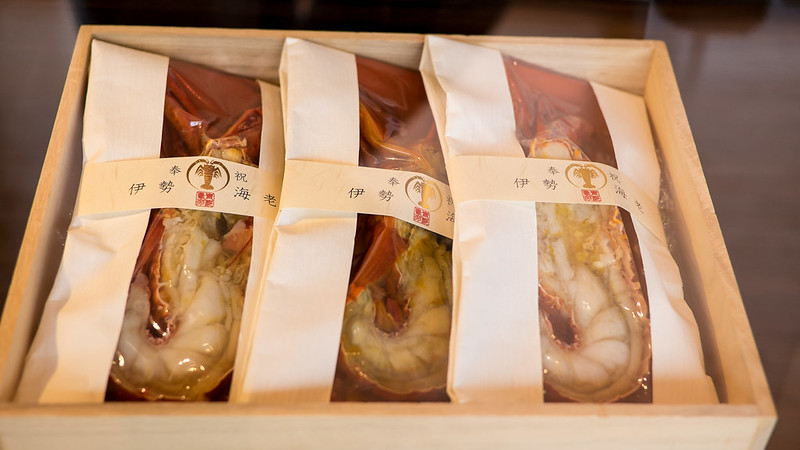 You'll arrive in the Ise area. Ise, as expected, is known for Ise-ebi. Japanese spiny lobster. Good stuff, and only about $100 for the above pack of 3 halves. 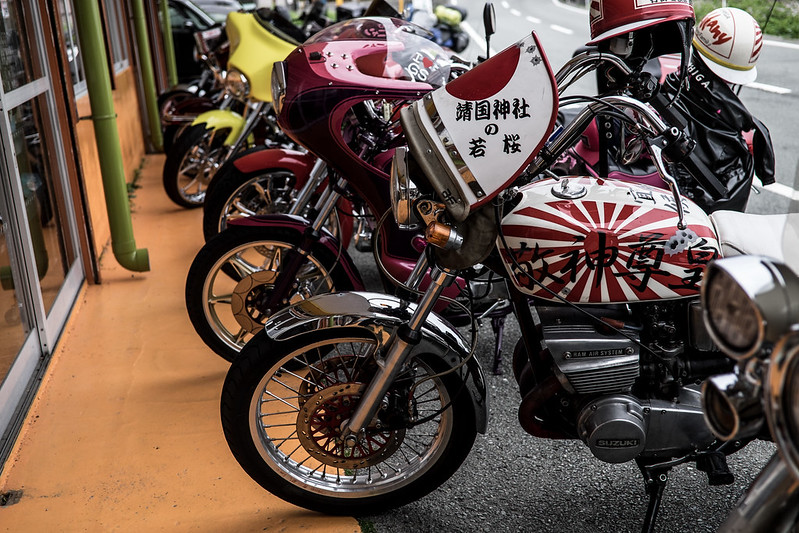 The bosozoku rider of this bike informed me that it was the emperor's birthday. Happy Showa day! 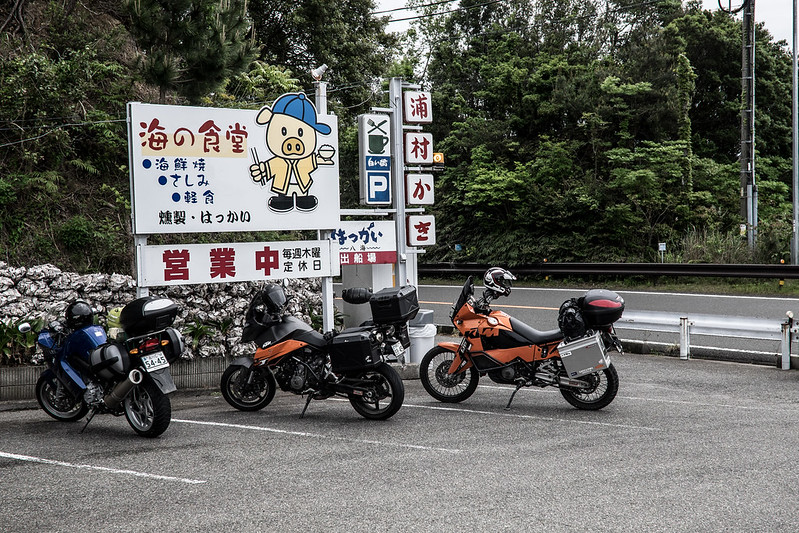 Dubbed "The Pearl Road," there are countless little oyster restaurants along the way.

300 yen gets you a doggie lunch. Raw chicken and veggies. 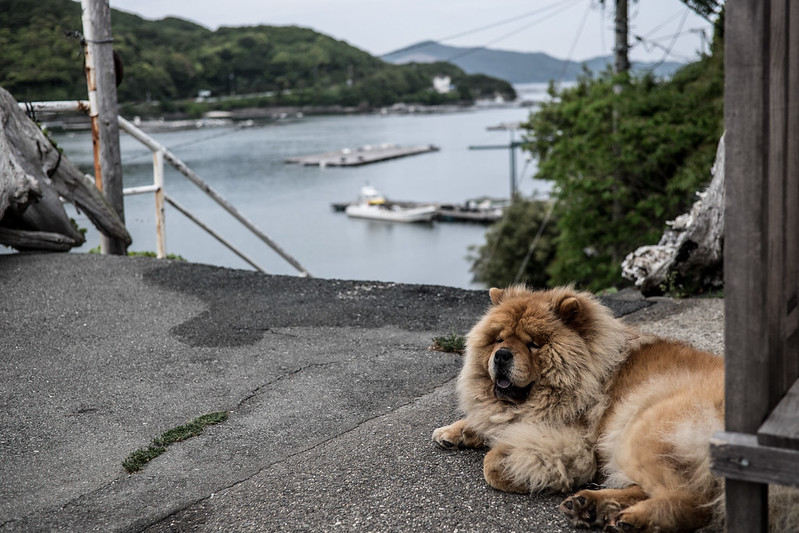 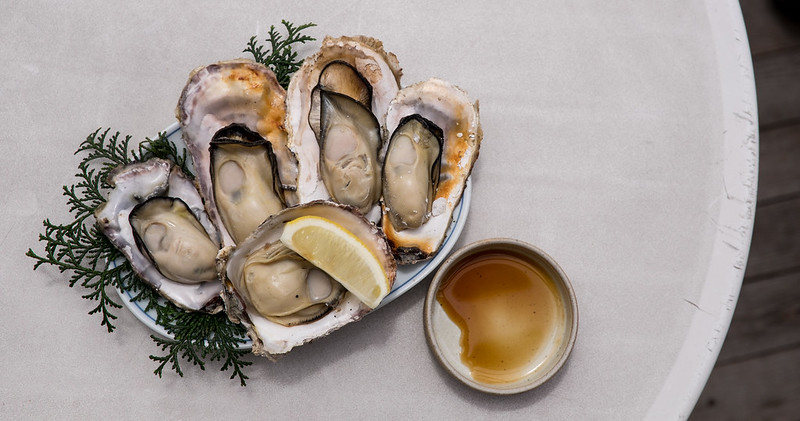 For the humans in your group, a plate of oysters will have to do. 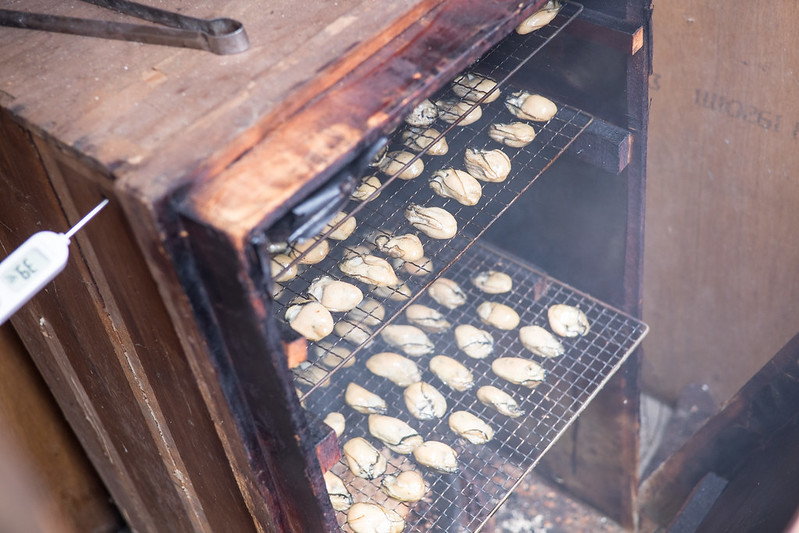 The master was off in back with the smoker. Hook it up! 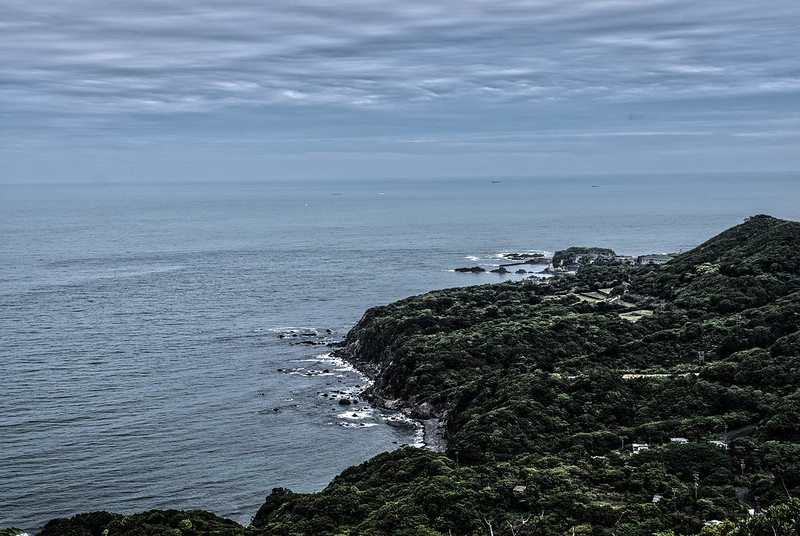 This was my first time riding down here. While Izu, near Tokyo, has some amazing roads, this peninsula might have it beat. You lose the views of Fuji, but you also lose the Tokyo crowds. 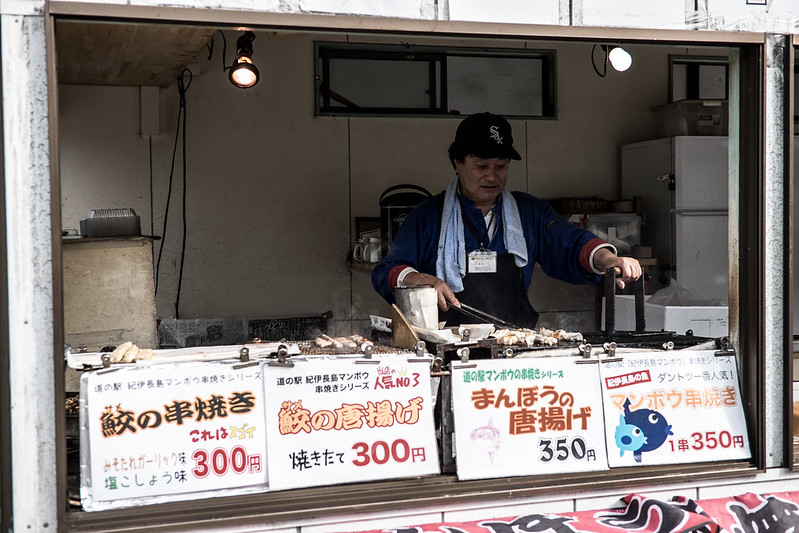 Another local food stand, this one serving sunfish. It wasn't that great. And it turns out, it isn't even a local dish. This town has an aquarium with sunfish. So it makes sense that they would put sunfish on everything, and serve it up as a roadside snack. Right?

They were also serving whale. Yes, this is near the famous town of Taiji. You know, the town where they slaughter the dolphins? 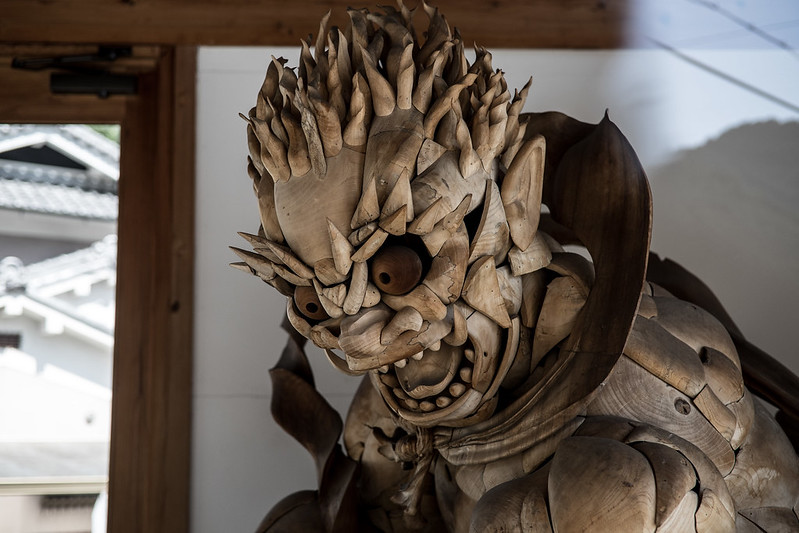 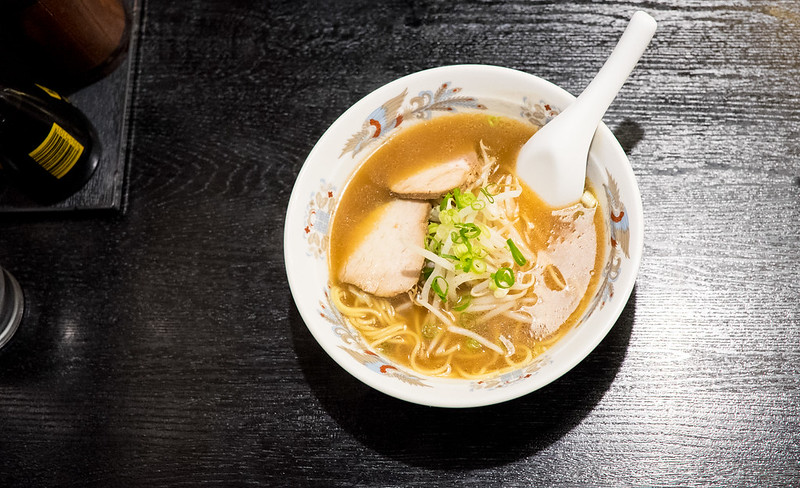 Speaking of ramen, the above was garbage.

While this one was one of the best I've had in Japan. I'll have reviews over at Ramen Adventures soon.

I broke away from the pack, took a ferry to Tokushima, and blasted it out to Ehime. 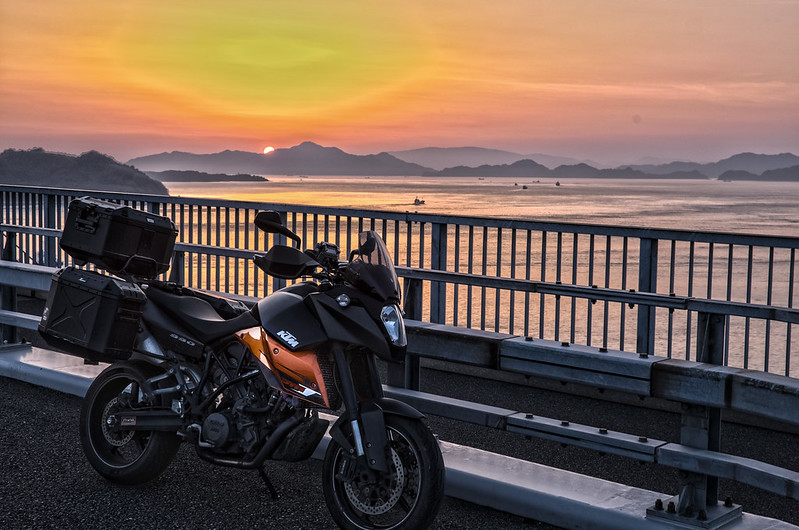 Just in time for the sunset. 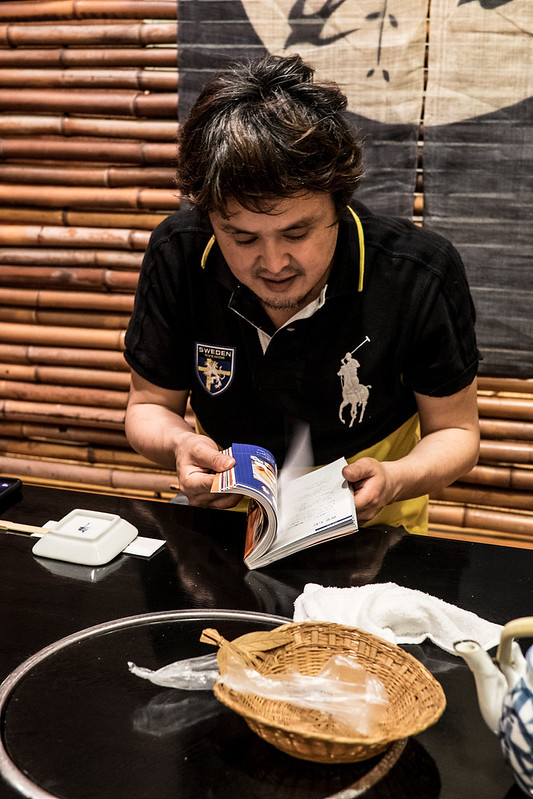 Hey, it's Mr. T! I wrote an essay about him and my time working at his fishcake factory in my book. I was worried he wouldn't be happy, as I basically said he was a good friend but a horrible boss, and I lied to get a day off to go eat ramen.

He laughed as he read the entire piece. 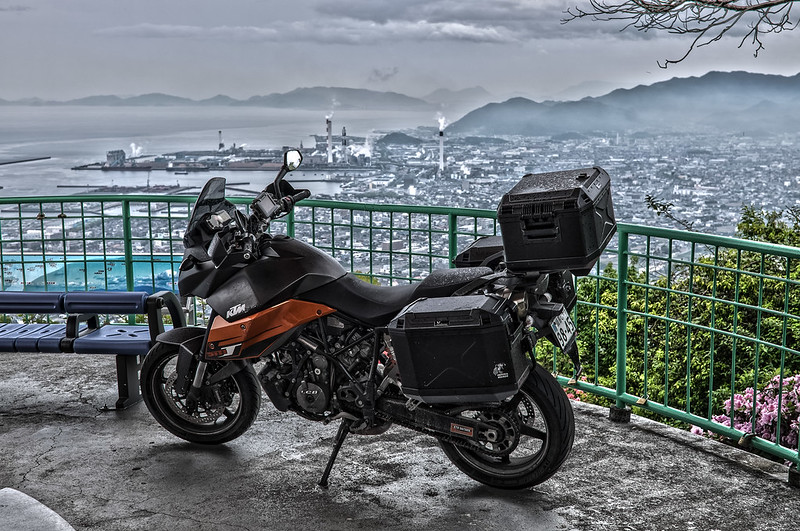 Somewhere on the north side of the island, overlooking the Seto Inland Sea. 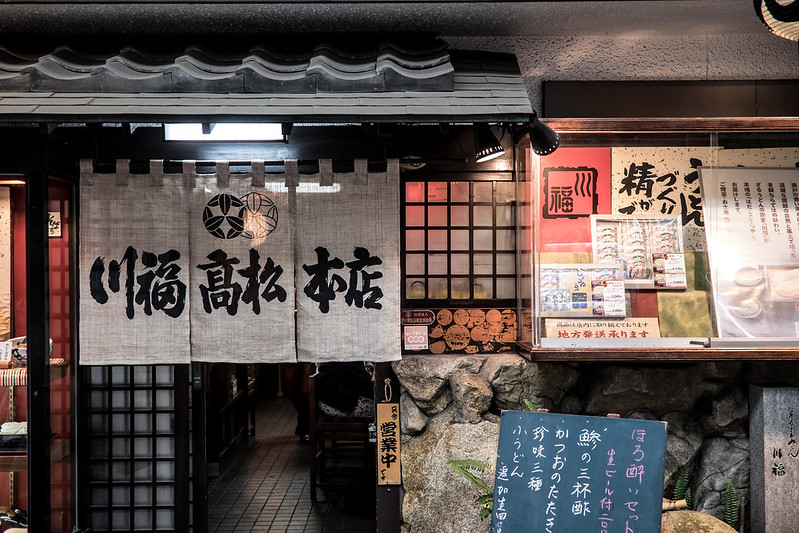 Yeah, Kagawa is super famous for udon. The history of the noodle dates back many hundreds of years. With this little patch of Japan having the best wheat production, it just makes sense that they would be obsessed with these noodles.

For me, though, I am never blown away. Udon is udon. Thick noodles in a nice Japanese dashi. Anytime I read a review about amazing udon, it is always more about the great side dishes, often tempura, that accompany the bowl.

Unless you make the trek to Moriya. That was the 1 time I was blown away by udon. 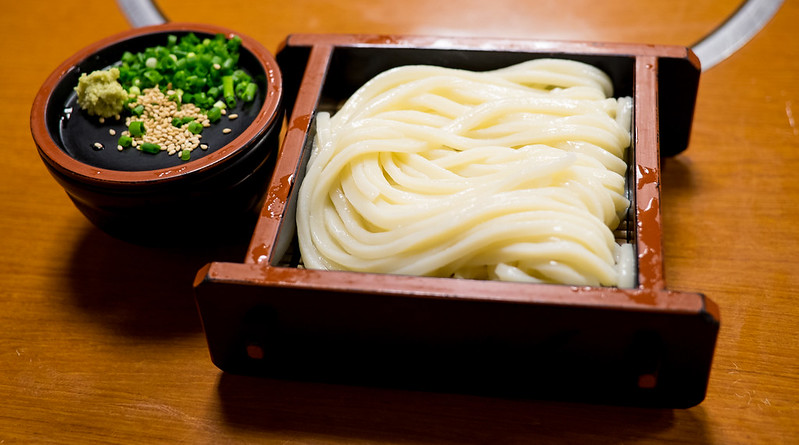 What other food is famous in Takamatsu? 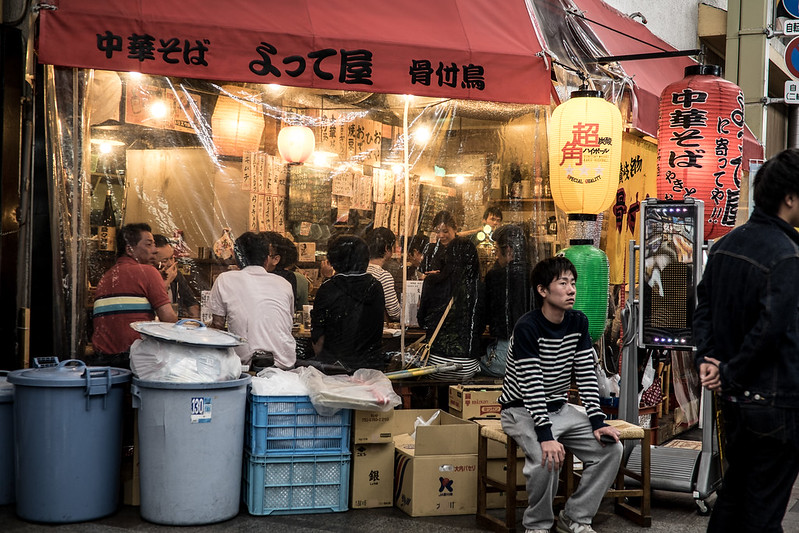 These massive lines are for 骨付鶏 - chicken drumsticks. Yes, that is a 2 hour wait, in the rain, for chicken.

Back on the road after my quick stint of work. Shikoku is, no argument, full of natural beauty. 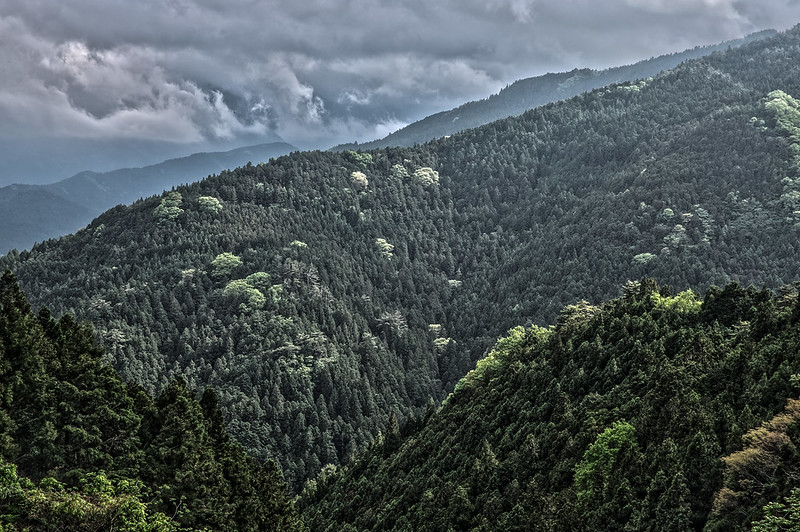 I don't even remember where we camped. I had the destination set on the GPS navi, and ended up somewhere in the middle of the island. Not a bad spot. And just 250 yen to use the onsen across the river. 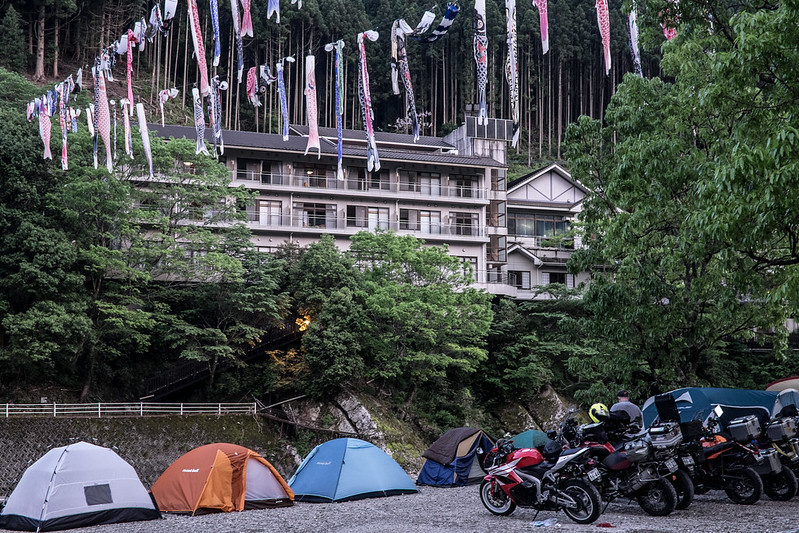 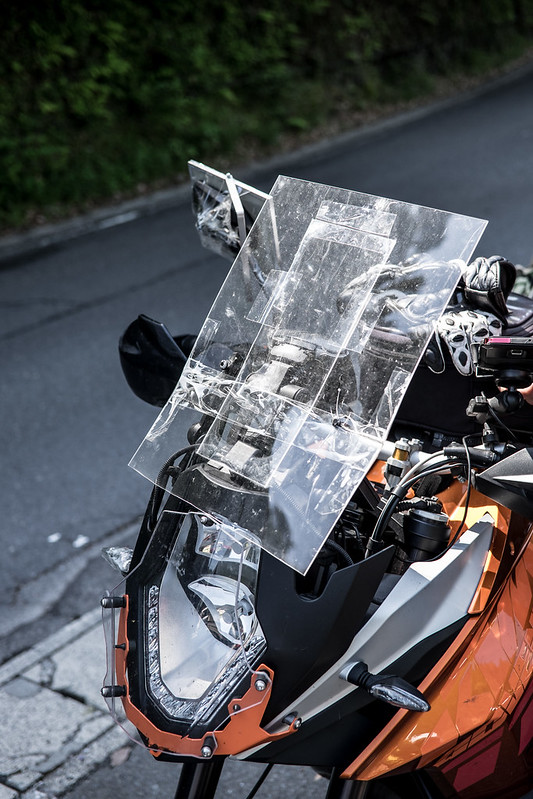 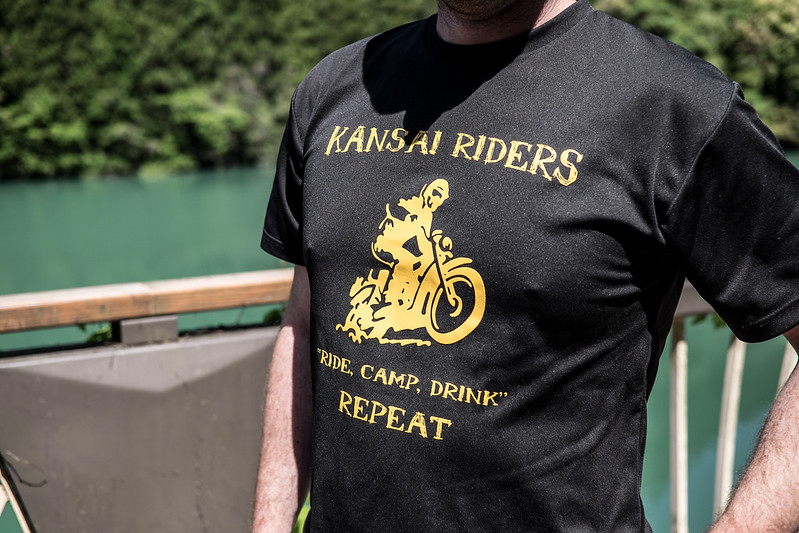 Kansai Riders is the expat-centric motorcycle club from Japan's west side. We (the dudes from Japan Riders) randomly ran into them somewhere on route 195. These guys never seem to make it over to the Kanto side, so it was interesting to see some of them after many, many years.

For those interested in gaijin motorcycle forums in Japan, the main ones (and their interests) are: 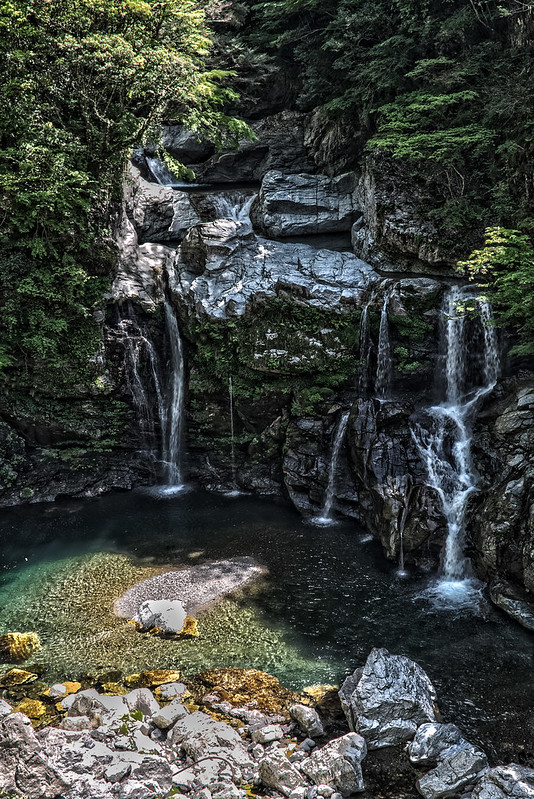 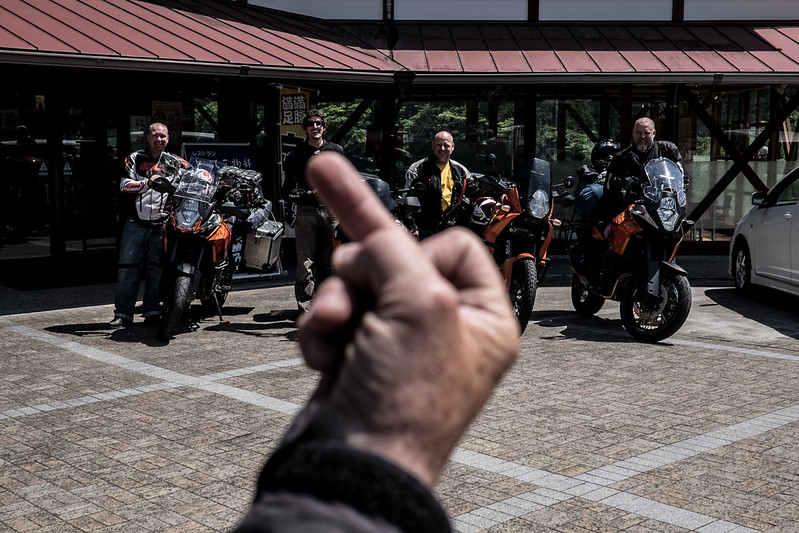 The plan was to return the way we came. Ferry from Shikoku to Wakayama, find a camp, then ferry to Hamamatsu the next morning. But . . . Murphy's Law. All the ferries were booked, with a massive line. It was unknown if we would even make it the next day.

So we decided, at 8pm, to slab it back to Tokyo. I hate these kinds of rides. The toll alone is about 10,000 yen. Although the price for the ferry-style trip is about the same, you end up riding about half the distance, and end up chilling on boats. Who doesn't love that! 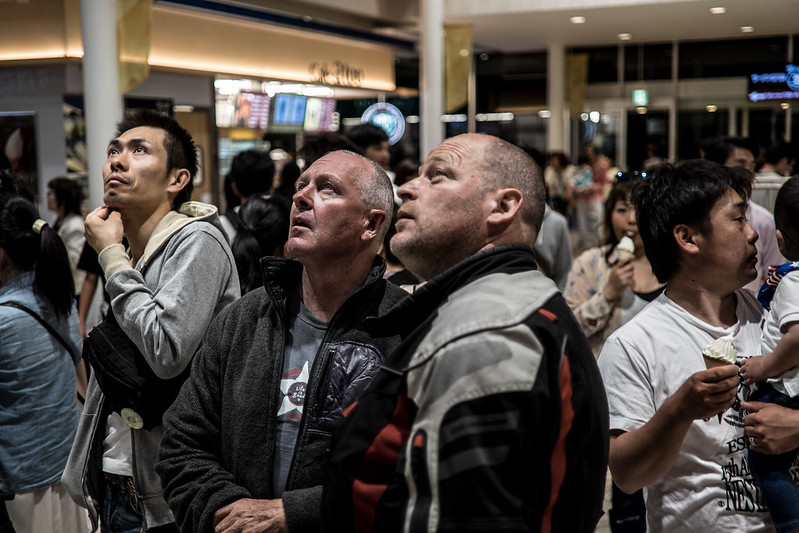 But the next day was slated to be even heavier, so we sucked it up and rode. Coffee and naps on benches are about all I have to report.