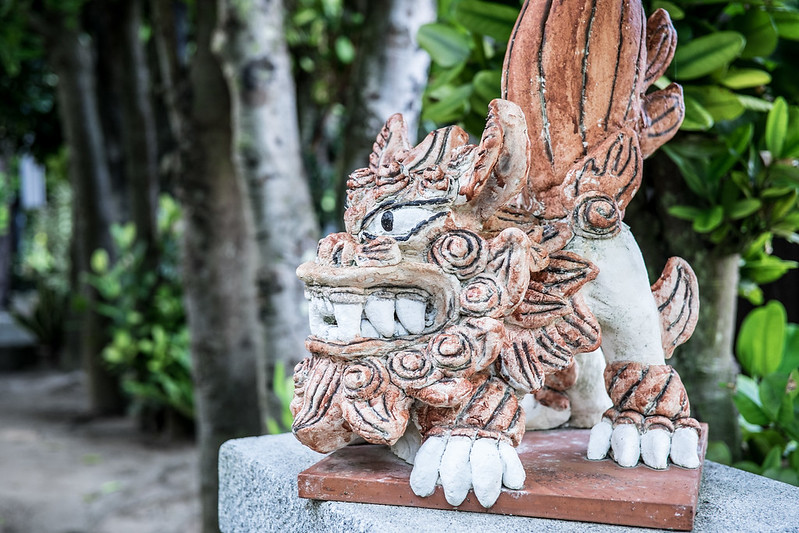 I had work on a Saturday down in Okinawa. Of course, I took a few days off to get down there early for some R&R. R&R, isn't that what the military guys say? Seriously, there is a big, scary military presence down in Okinawa. But was I down there for the burgers and Filipino girly bars that line the roads outside the ominous barbed wire fences surrounding our service men? No way, I'm here to eat noodles and ride bikes. 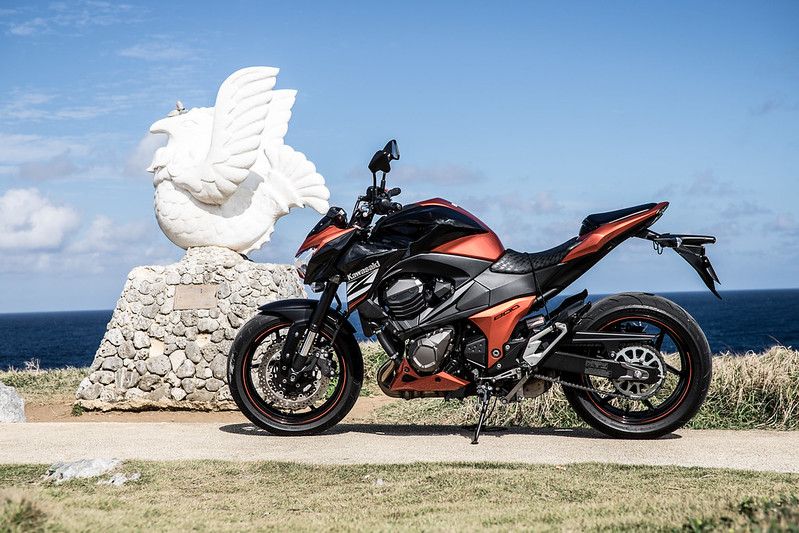 This was my first time to Okinawa, and now I've been to all 47 prefectures of Japan. I think, for the traveler, Okinawa has a lot to offer if you have the time. Apart from the main island and Naha, accounts of amazing seaside villages and tranquility abound. But, I didn't have the time. A quick, two day blast on a rented Kawasaku Z800 would have to do. 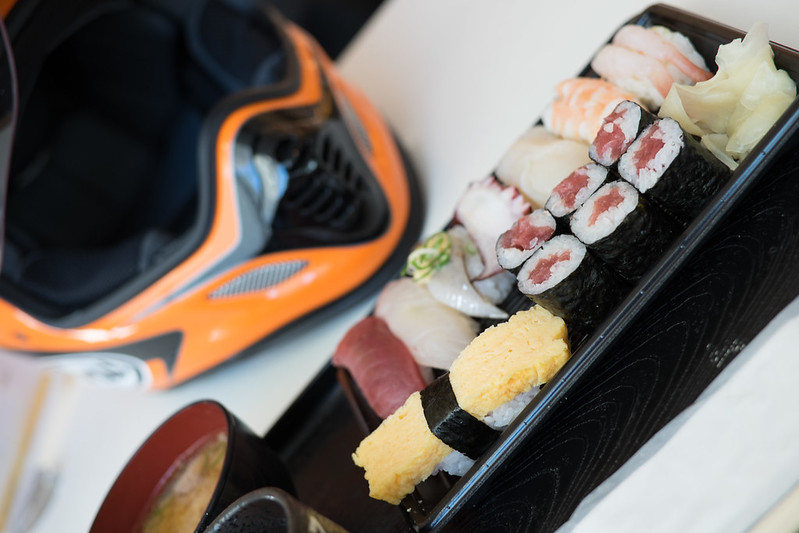 But first, airport sushi! The sushi at Terminal 1 is much better than this one at Terminal 2. 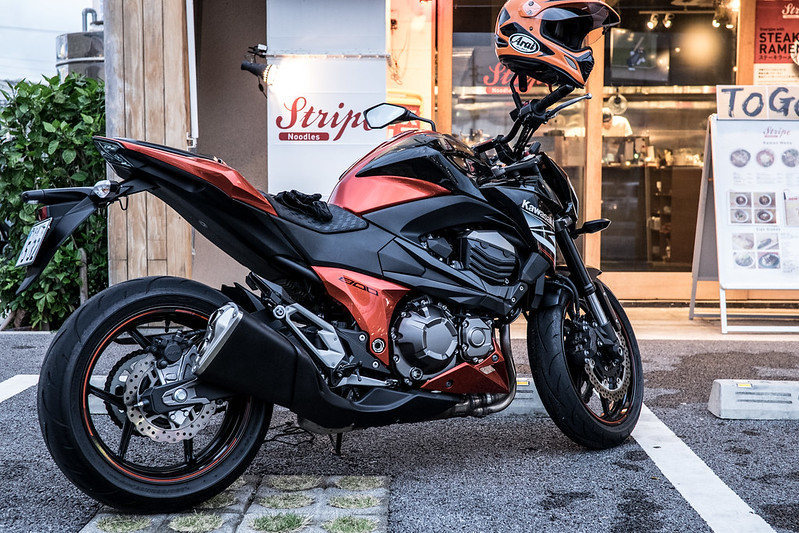 A rental from Rental 819, the country-wide bike rental company we know and love. I was thinking of a cruiser, maybe a Honda Shadow 400, but this sporty beast was the same price. How was the ride? Maybe if you are more of a Japanese-sized guy, you'd enjoy it more. That seat felt small, and it was rock hard to boot. But the power to weight was awesome, and the torque was there at any speed. I wonder how it compares to a KTM Duke 690?

Anyways, if you are interested in getting a Z800, make sure you test ride it for a day first. I couldn't do more than 80km before my ass was sore. 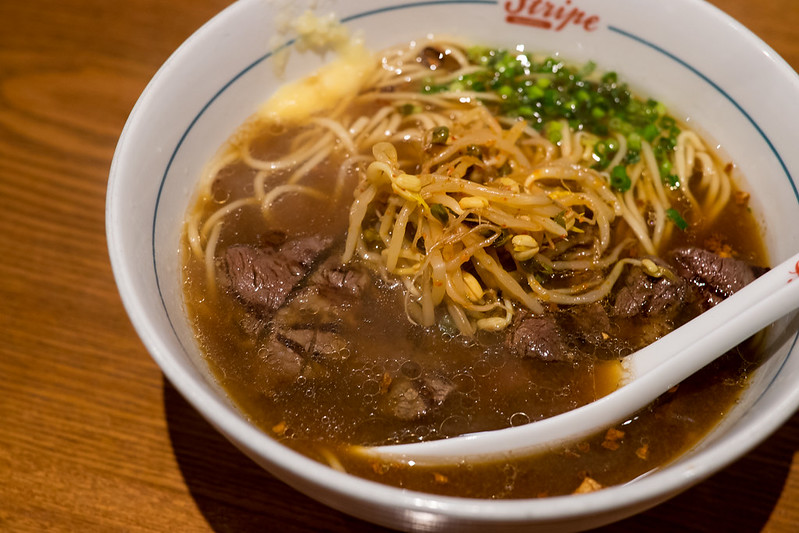 Ramen! I hit up 1 ramen shop and 2 sokisoba (Okinawan style noodles) shops this trip. The reviews will be up later at www.ramenadventures.com. 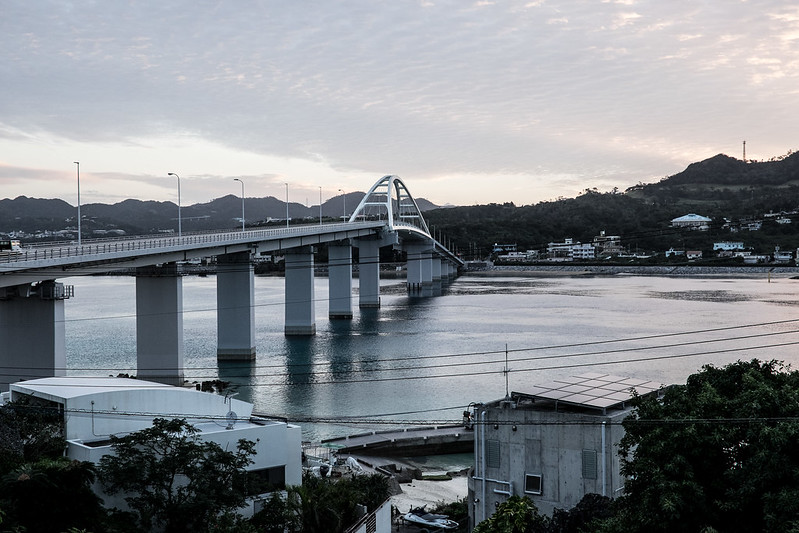 My pension for the night. $40 and I woke up to this view. Not bad, except the Motobu area was completely dead. I managed to find the only friendly looking place to drink on the other side of that bridge. 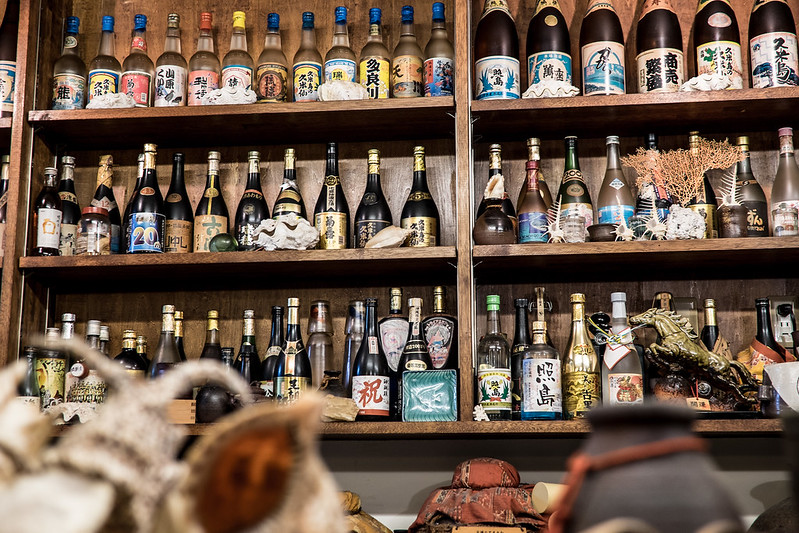 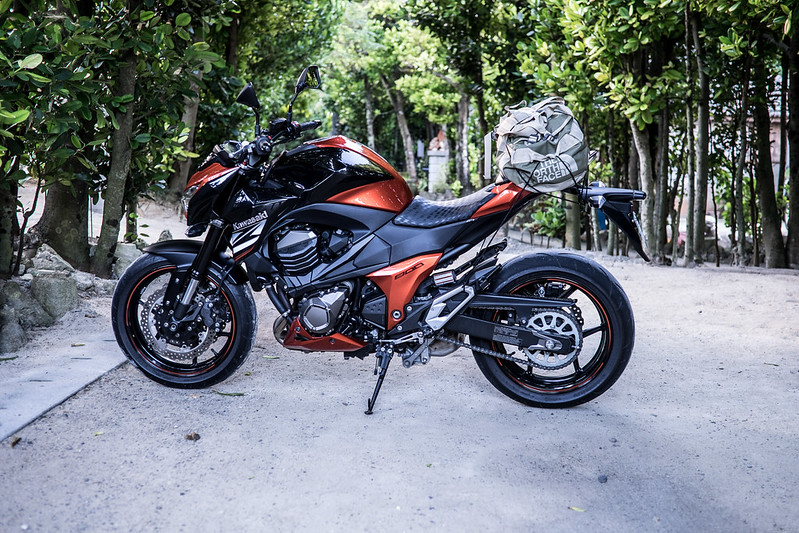 The, one full day of riding and sightseeing. 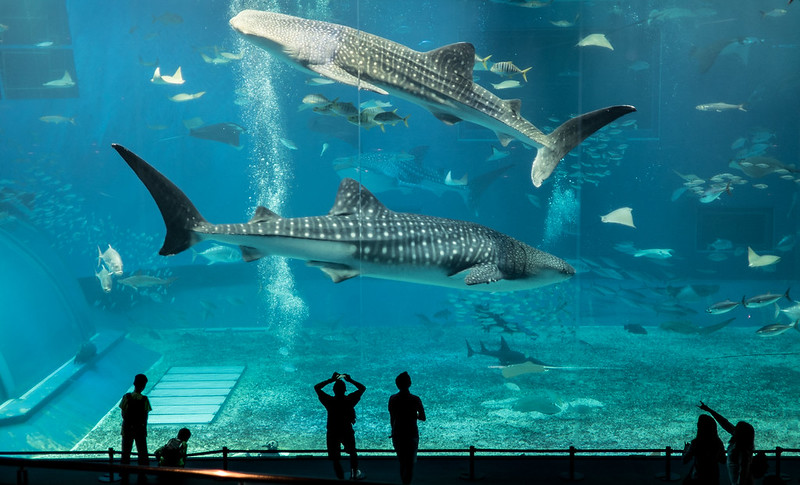 I'd say skip the Okinawa aquarium. Yeah, it is super famous, but apart from the whale sharks, it was kind of small. Actually, I had just recently visited the Atlanta aquarium, which supplanted the Okinawan one as the biggest tank in the world. I think. The Atlanta one had jellyfish and a dolphin show that was more of an off-broadway production.

The above photo is from Okinawa, and below is from Atlanta. I think the same company built the massive acrylic windows. 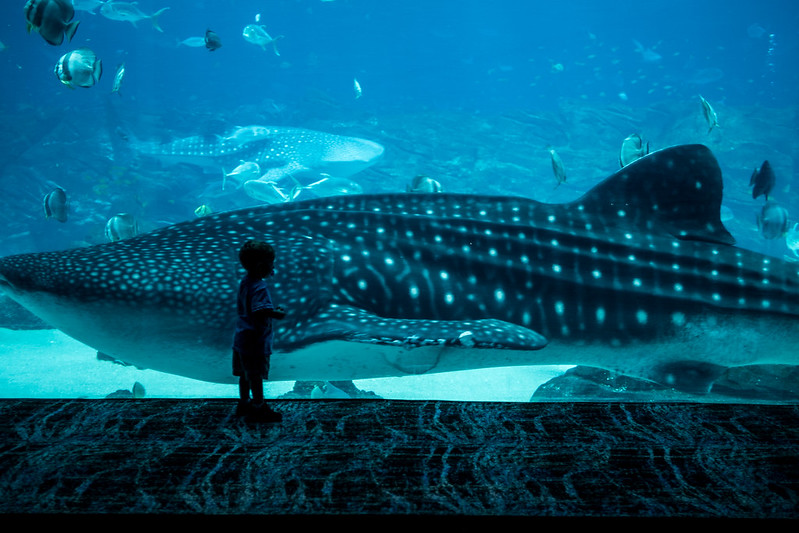 Almost everything with a sign seems touristy. I veered off the main road to check out a waterfall, but they wanted 500 yen to see it. Further north, a cliff with a view was charging 870 yen for a look. I don't even know what this Okinawa Fruits Land is, but it was another 1000 yen. 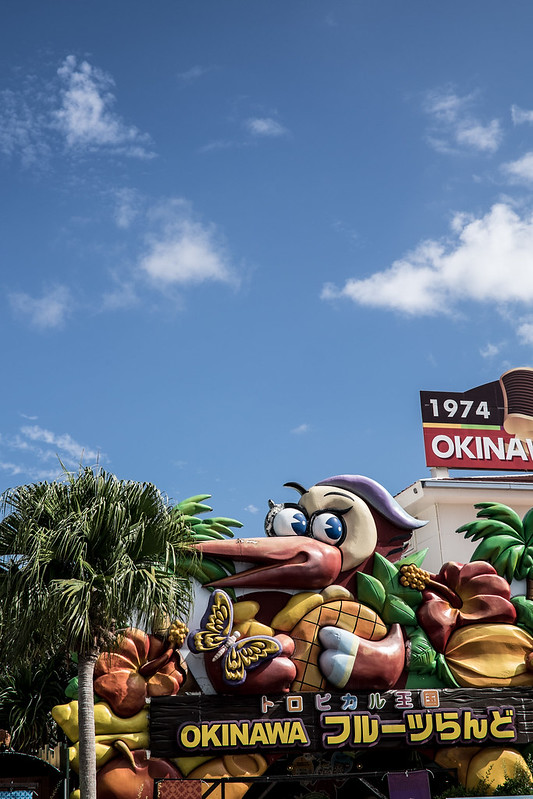 Motobu is known as THE place to go for sokisoba, the Okinawan cousin to ramen. 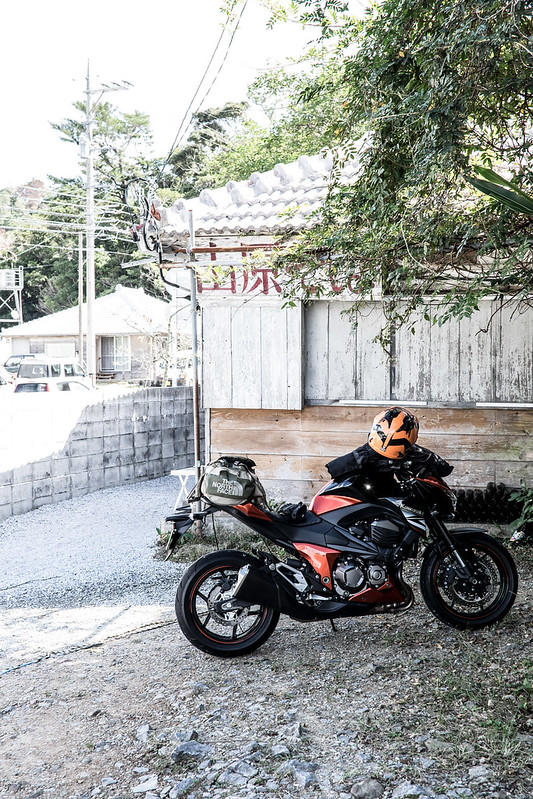 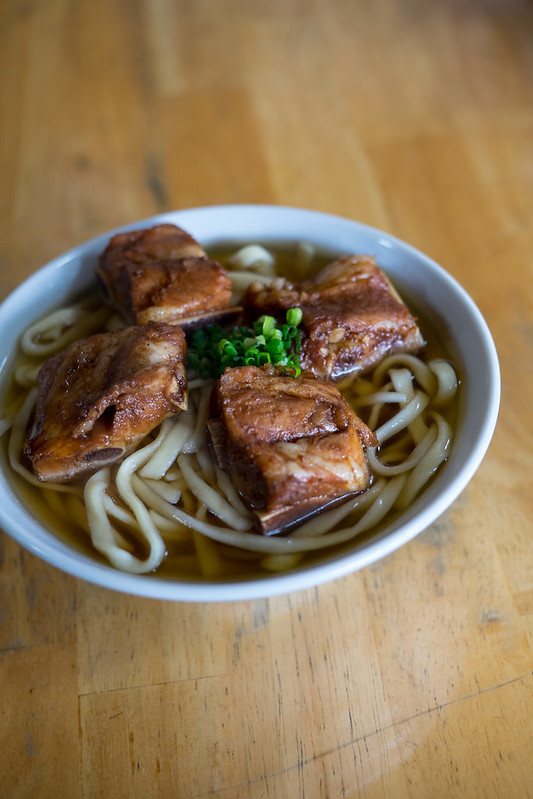 Great soup and noodles. The meat was a little tough, but you can't beat the above bowl for 600 yen. 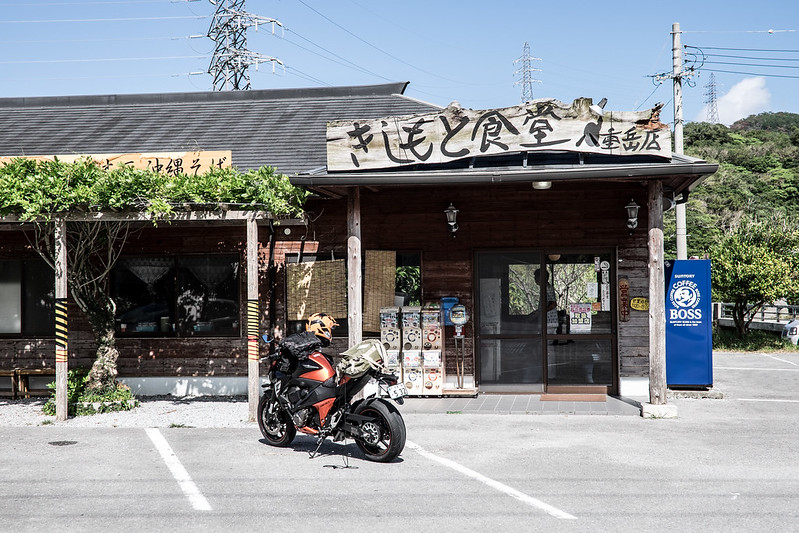 Their toppings were amazing, but the noodles were on the soft side. Everyone's a critic! 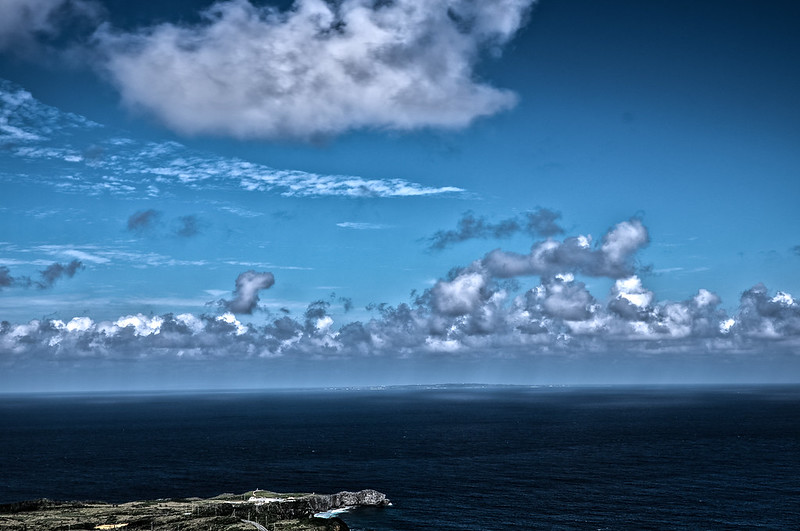 What a place. The north side had plenty of positively empty roads. I only passed one driver in about an hour, who just so happened to be the drunkest drunk driver I had ever seen in my life. This was at noon on a Friday. I contemplated being a snitch and telling a cop, but there were also no buildings for an hour. 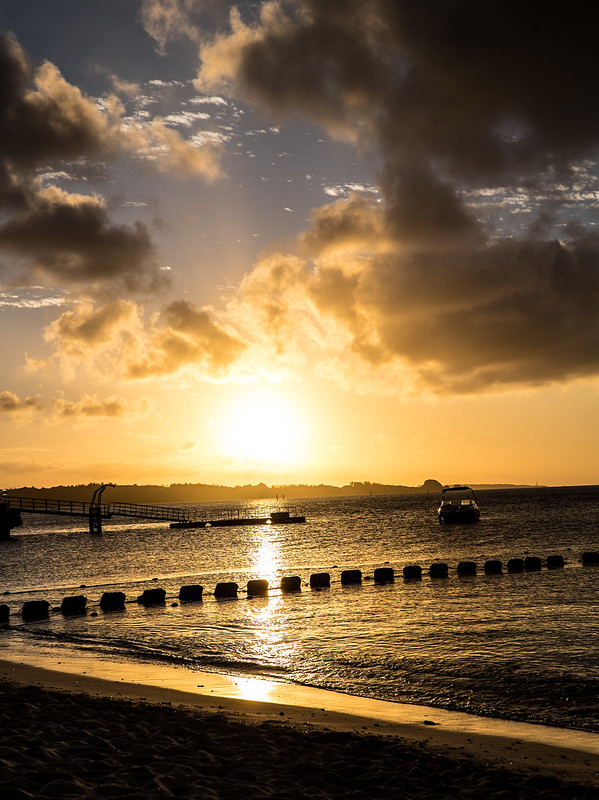 I guess November is the off season. Though it was almost 30 degrees out, I had this resort beach all to myself for the sunset. 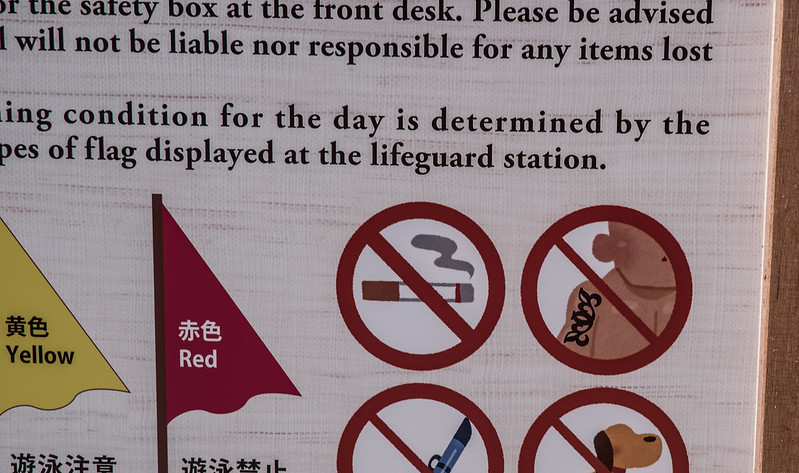 And I didn't even get kicked out for my tattoos! Also, what is that guy's ink of? A tribal butterfly crab? 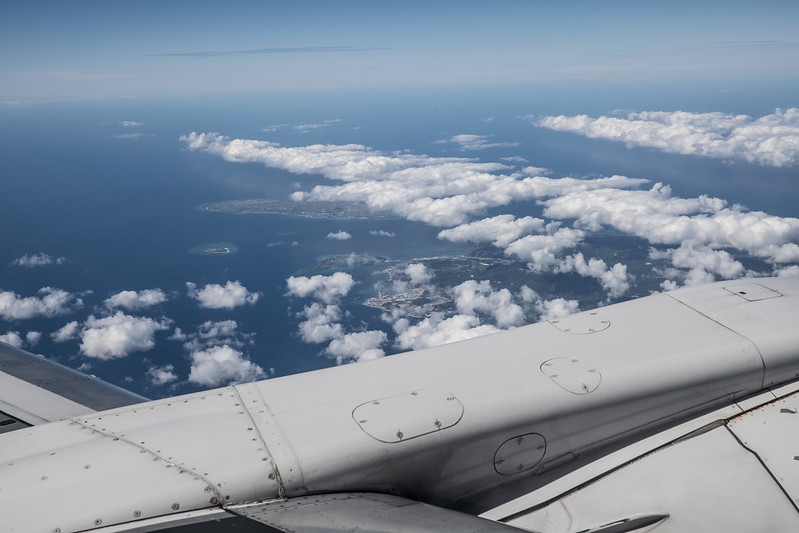 See you again, next time my work sends me down.