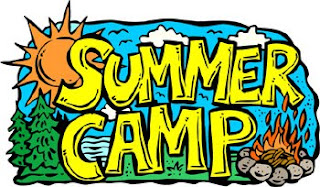 No reason. Just rejected.
The place had multiple vacancies, so your guess is as good as mine. I'm trying to stay away from the 'He must be a xenophobe' angle, but I can't think of any other possibility. Fucking racist. Maybe?
So now I'm jumping through hoops, again, with a different room. And going back for another couple weeks of summer camp.
Read more of this saga at Day 1, Day 2, Day 5, Day 6, Day 12, and Day 16.

Yeah...probably a racist who's phobia exceeds his desire for money. a.k.a a real racist. To the core. Sorry to hear about that!

This is goddam insane, I hope you get some good luck on this soon. After hearing some of this, I'm not sure I'd ever want to attempt to live there. XP

That's some f####d up S##t right there. Sorry to hear the hassles - you've had a hard time of it, and a whole heap of badluck. Karma's got your IOU man, and when it pays off, I'm sure you'll be in for a fortune.

I had the same experience in Kawagoe. The promising start, followed by the no-explanation rejection. It's absolutely because you're a foreigner. The next place I applied to, I did so under my Japanese girlfriend's name and got it no problems. Sadly, that's the only way!

If you happen to want to move to Chigasaki in Kanagawa, I know a place there that rents to foreigners. It's cheaper than Tokyo too.

Your very innovative, I wish you'd consider moving to somewhere safe. By the looks of it you need you also need some help looking for a place.
apartment for rent in makati

It looks like a very bad experience indeed. I never experienced that in the Philippines. I got an apartment from one of the companies that offer Makati apartments for rent. They really made me special. Anyway, I hope that you'll never experience that same scenario again.

This is exactly what I was looking for. That is very interesting Smile I love reading and I am always searching for informative information like this!