Yo! It's time for some haikyo! 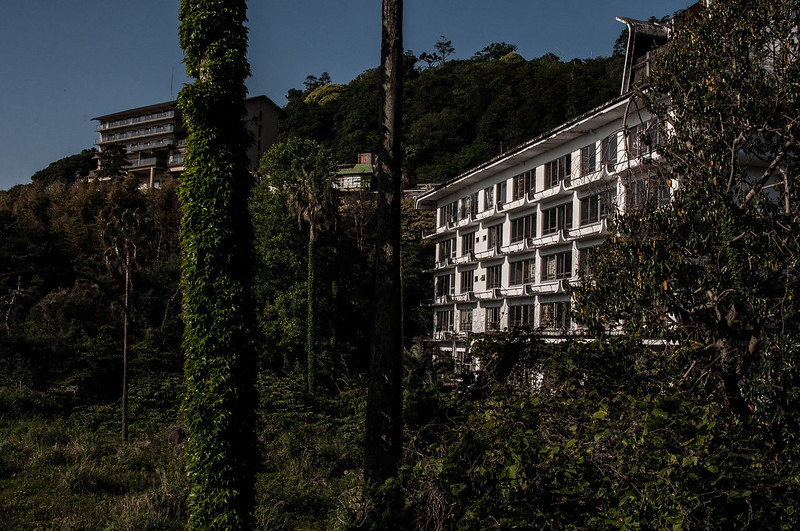 Atagawa is one of many sleepy hamlets along Izu's southeastern coastline. All of these coves have a heavy flow of onsen water erupting from the ground, so it comes as no surprise that the bubble economy meant many new hotels opened. Gotta spend that dough!

The Royal Hotel Atagawa is a 5-story example, with probably just shy of 100 rooms. 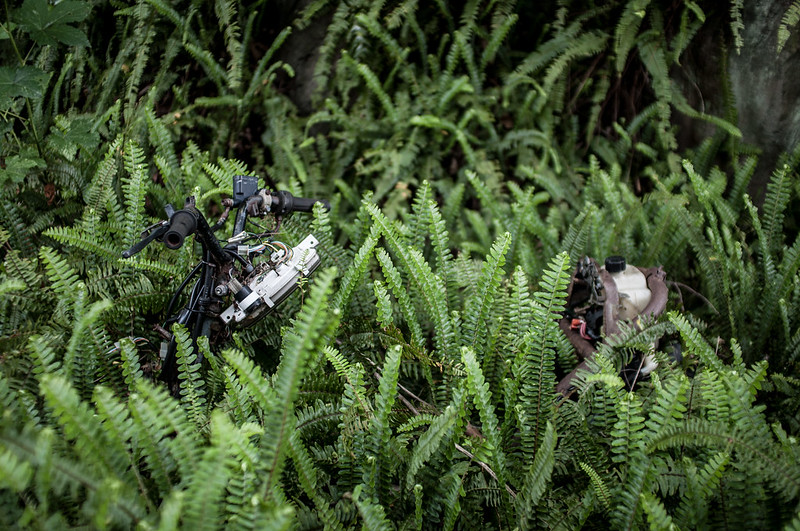 I rode down with some biker friends, one of whom considered stealing the instrument panel from this old scooter, which would fit the same model he had at home. 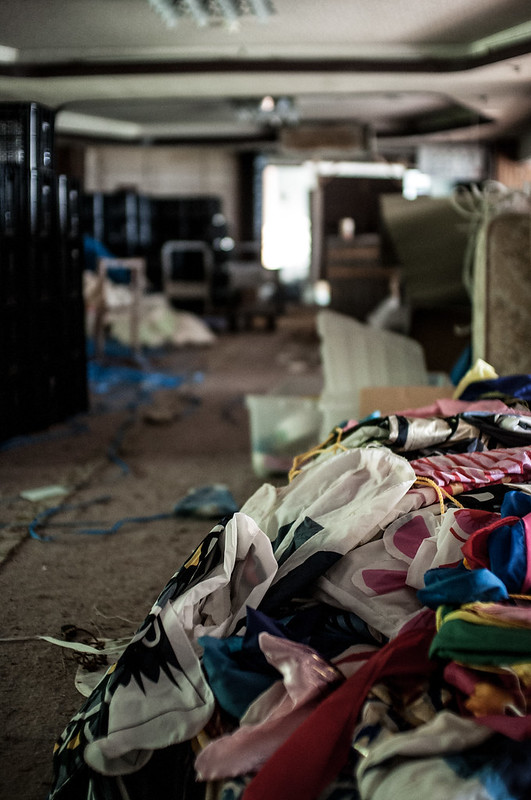 Enter through one of the broken windows, and get ready. This place is big. Piles of giant carp flags lay strewn about the lobby. The newness of these flags makes me think that they use this haikyo as a storage for local festivals. 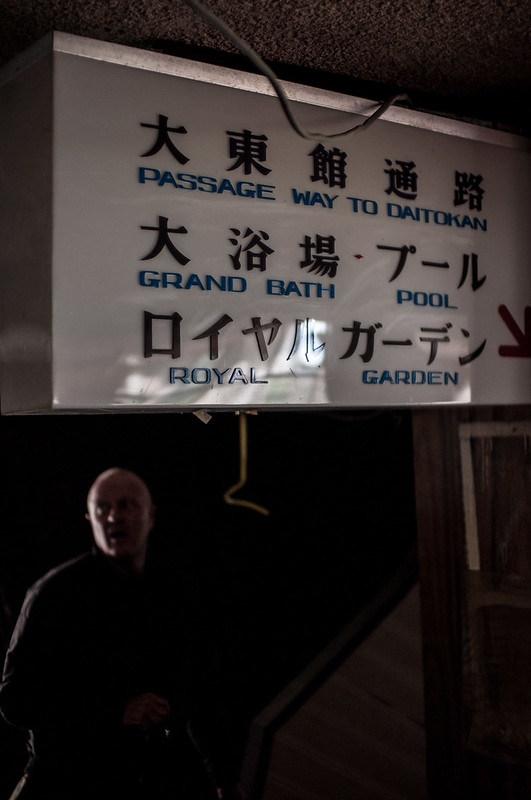 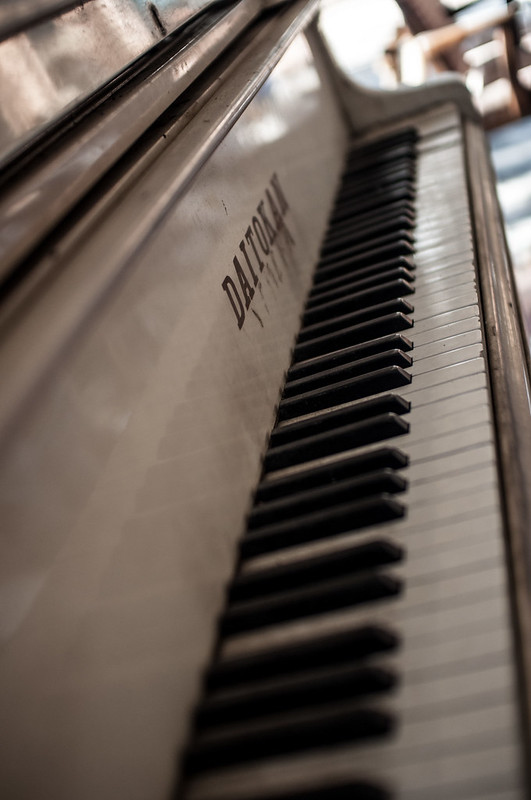 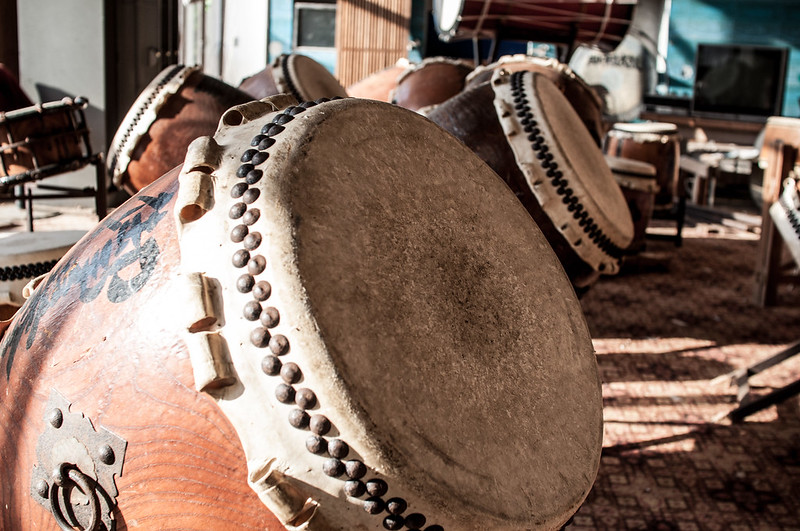 and taiko drums. About 20 of them. At this point it was confirmed that the locals must be secretly keeping this place, this room at least, in use. 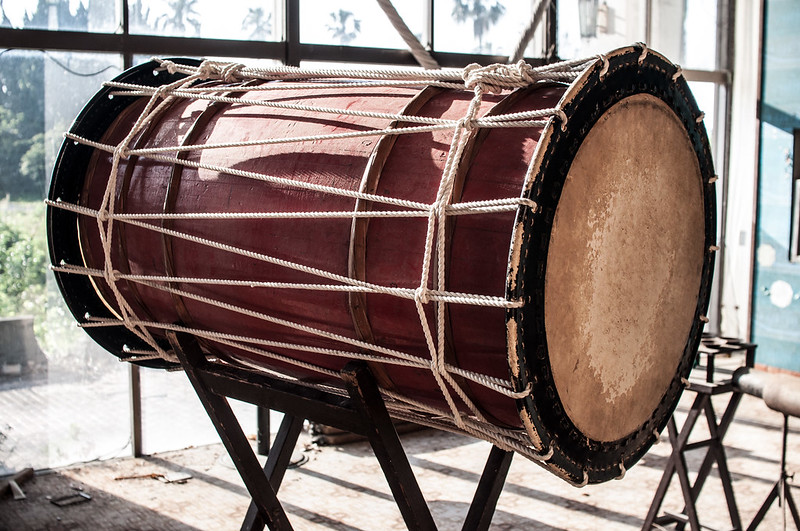 Some rooms aren't in such repair. The basement (are those support columns for the entire building above?) is burnt to a crisp. 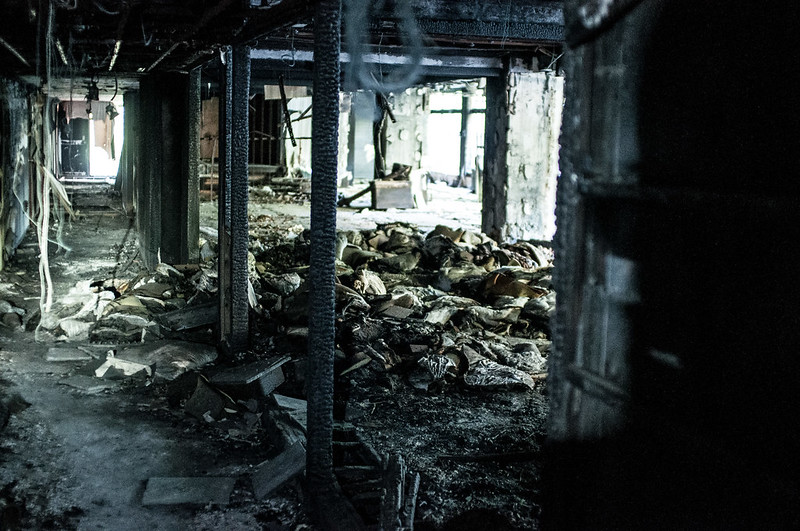 Were these fires made before or after the closing? Were they the reason that the Royal Hotel Atagawa closed in the first place? 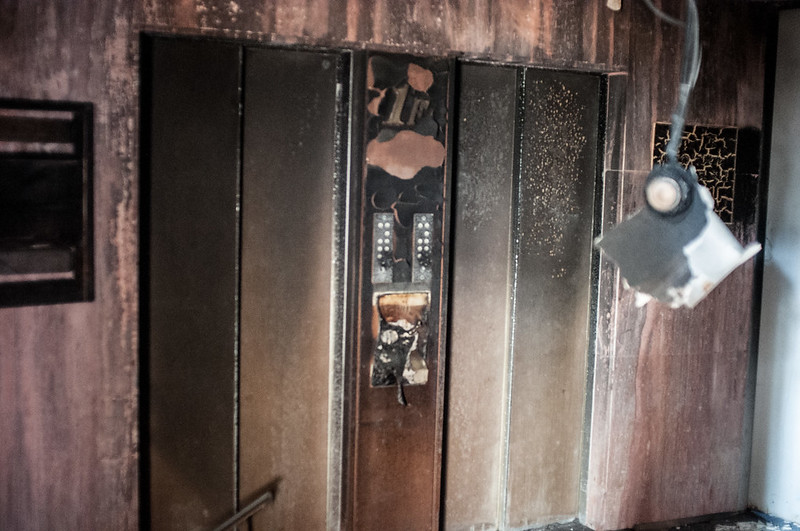 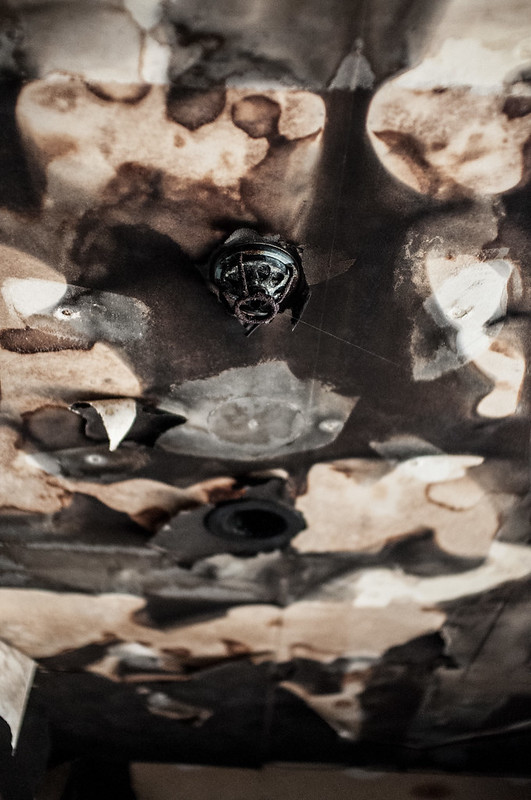 When did this place close, anyways? 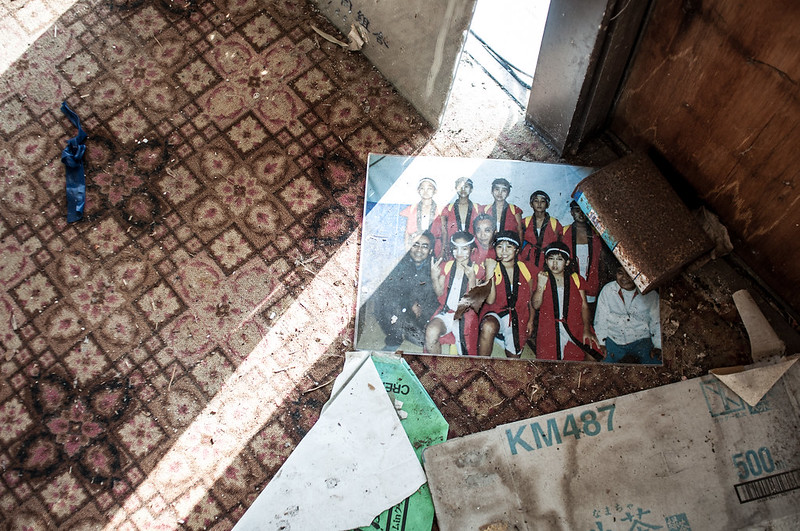 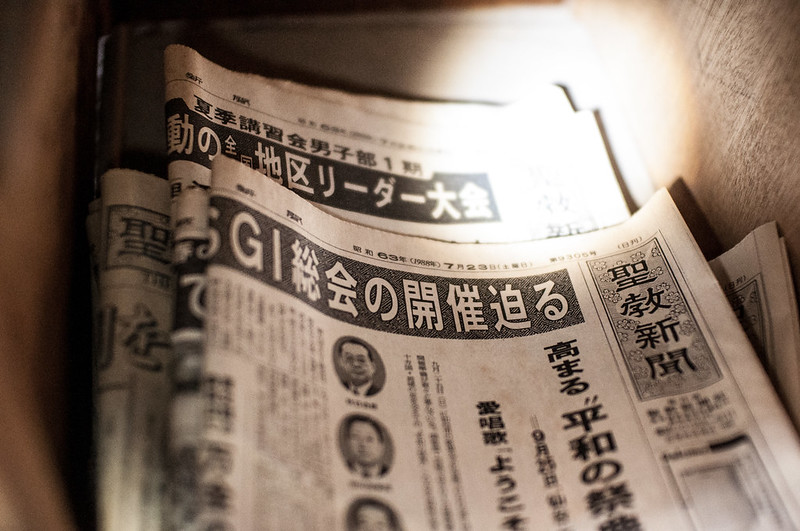 The rooms are quite nice, looking out to the sea and the massive garden area. 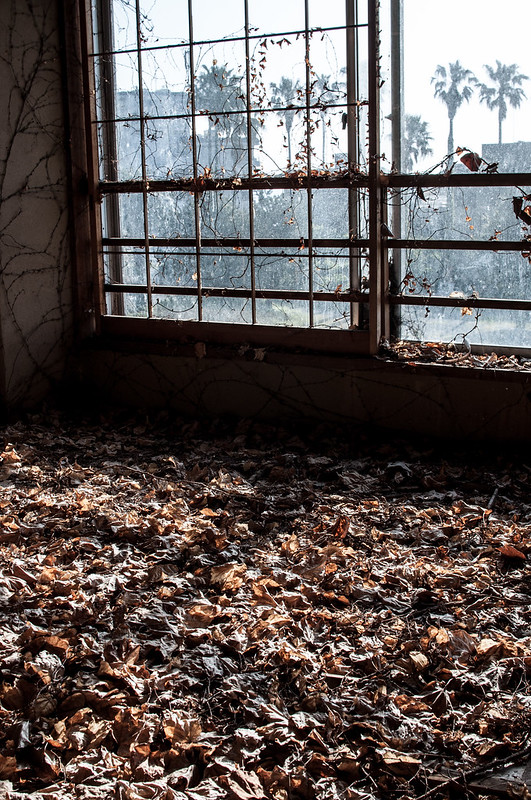 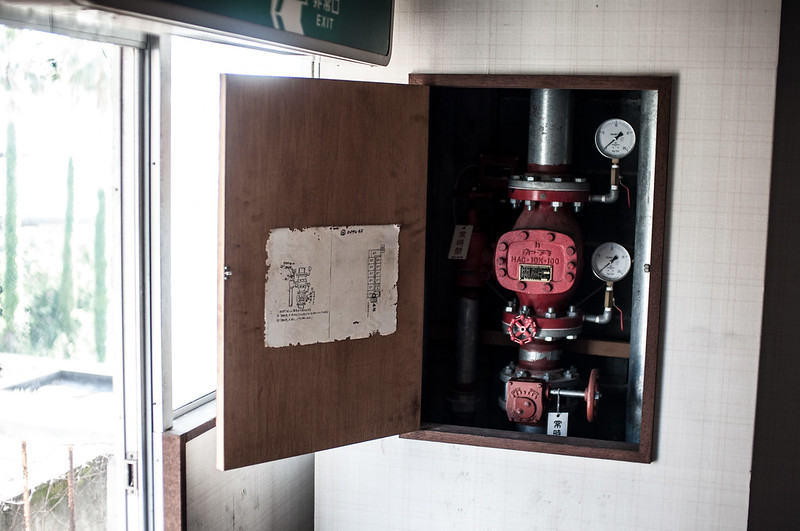 I've heard of haikyo hunters sleeping in the upper rooms, but I wouldn't risk it. I don't think that hose is hooked up to the fire-sprinklers anymore. 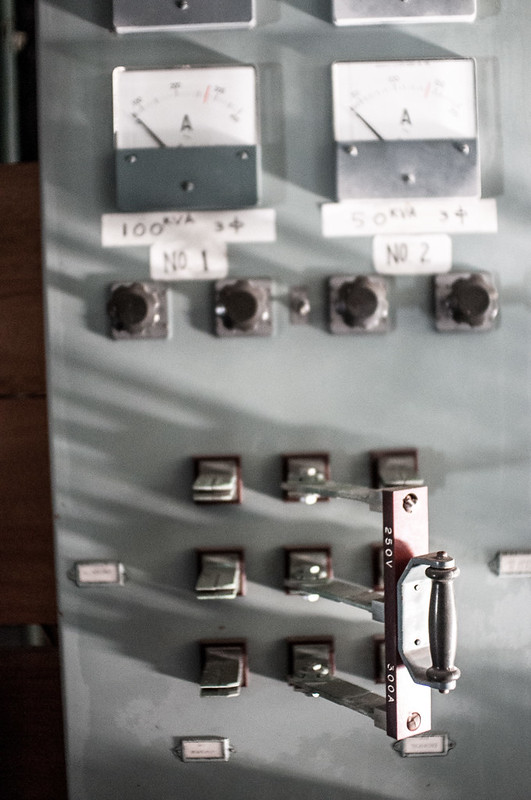 Atagawa is a swell place, with a free foot bath by the beach, and a place to cook your own eggs and eat banana ice cream. And a fresh haikyo. What's not to love? 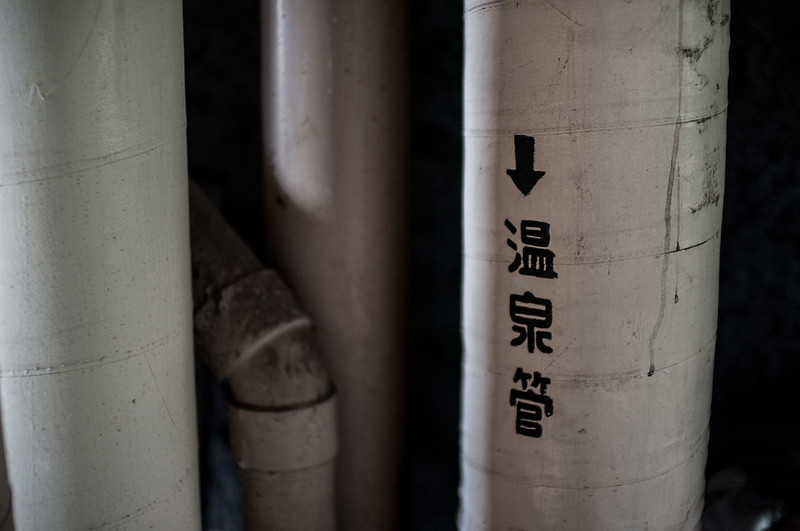